Wolfsburg may not dominate the corner count against lowly-ranked Schalke 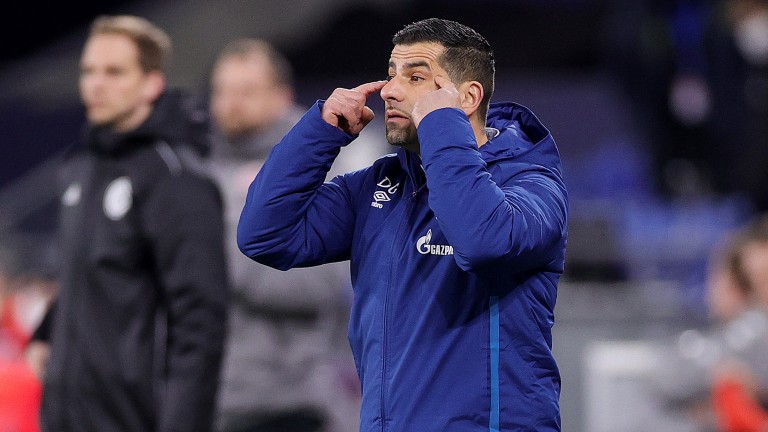 Back Schalke +3.5 Asian handicap corners in their Bundesliga game at Wolfsburg. Bet365 offer decimal odds of 1.825, equivalent to fractional odds of 33-40. If Schalke lose the corners count by four or more the bet will fail, otherwise it will succeed.

Wolfsburg are having a good season. They are third in the table, on course potentially for their best finish in half a dozen seasons and a return to the Champions League.

Schalke, to put it mildly, are having a bad season. They are bottom of the table with just ten points from 24 games, nine points below the automatic relegation line with only ten games to play. They are 35 points adrift of Wolfsburg.

Schalke are on their fifth manager of the season. Dimitrios Grammozis got a point last Friday in his first game, a goalless draw at home to Mainz. Schalke lost the corners count by four.

Away to top opponents, Schalke may play for another draw. The longer scores are level, the more intensively Wolfsburg have to attack, the more likely it becomes that Schalke will lose the corners count by four or more.

But that is only one of the possible ways the game could play out. Wolfsburg could take an early lead. After all, they are overwhelming favourites to score most goals.

In other Bundesliga games with similar results expectations, fair odds about the away team +3.5 Asian handicap corners would typically be around 1.725. That is to say, a bit shorter than 1.825.

Are there reasons for thinking expectations should be much different today? Arguably not. There has been nothing unusual in the corners patterns in Wolfsburg games or in Schalke games, for example. So the chance of Schalke beating +3.5 Asian handicap corners might just be better than the odds suggest.

Manchester United have appointed former player Darren Fletcher as their first technical director. They have also named a football director and a director of football negotiations. John Murtough and Matt Judge, in case you wondered.

When results were bad everyone said United needed this sort of structure. Player recruitment had not gone well.

Then whoever was doing the deals signed some better players. Now United are second in the Premier League.

Transfers are hit-and-miss transactions. Nobody really knows if a signing will work until they either do or do not. It is easy to get a few wrong in a row, and end up with players who are worse than you thought they would be. And it is equally easy to get a few right in a row, when the happier outcome is players who are better than you thought they would be.

United had the highest payroll in the Premier League in each of the last four seasons for which all accounts have been published – that is to say, the four seasons up to and including 2018-19.

Probably the best thing they could have done is what they did do. Keep splashing the cash. When you are paying so much money sooner or later you will get some players who are worth it, or even more. And they did.