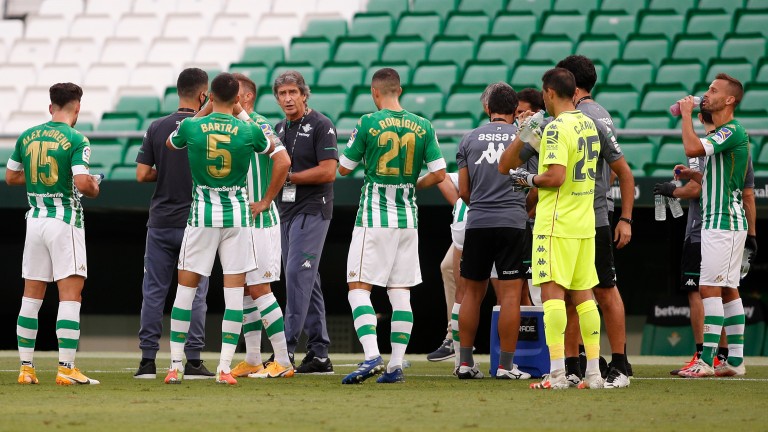 It is possible that Betis have better prospects in corners handicap markets for their La Liga game away to Real Sociedad than bet365’s odds anticipate.

How is play likely to develop?

Real Sociedad are sixth in the table, where they finished last season in their first full campaign under manager Imanol Alguacil. Betis are two places and four points lower in their first campaign with new manager Manuel Pellegrini.

How are corners usually distributed in such a contest? In previous seasons in La Liga games with similar result expectations fair decimal odds about the away team +1.5 Asian handicap corners would typically have been about 1.65.

Has there been anything unusual in the corners patterns in Real Sociedad games or in Betis games? Yes, to both questions.

Real Sociedad have gained a higher share of the corners in their games over the last season and a half than is usual for a team with comparable numbers of goals for and against. In other words, they have over-performed in corners handicap markets. But so have Betis this season.

Eventually in all probability both teams will do less well in corners handicap markets. When will those processes start, and will it be in this match for either of them? We cannot say. But in our calculations perhaps the abnormal corners records of both Real Socieded and Betis should more or less cancel each other out.

Not completely. The odds probably should move in Real Sociedad’s favour. But maybe no so far as to make Betis +1.5 Asian handicap corners as big as 1.95.

On December 5 Chelsea won 3-1 at home to Leeds and went top of the table, though only until the next day when Tottenham and Liverpool won and moved above them. Since then Chelsea have lost five Premier League games out of eight.

Arsenal that weekend played the fourth in what would become a run of seven Premier League games without a win. It started after they had beaten Manchester United, which allegedly had shown they were on the rise.

What will happen now? Probably something else again. This might sound like a cop-out, but it is not really. It is an acknowledgement that short sequences of results in many instances prove to be useless as a guide to what will happen next.

We can make better predictions if we accept that the future might not be an exact replica of the most recent past. Not always, but often enough for this to be the best – that is to say, the least bad – forecasting method.

FIRST PUBLISHED 6:05PM, JAN 22 2021
Real Sociedad are sixth in the table, where they finished last season in their first full campaign under manager Imanol Alguacil