Plus, Kev's best bet of the day 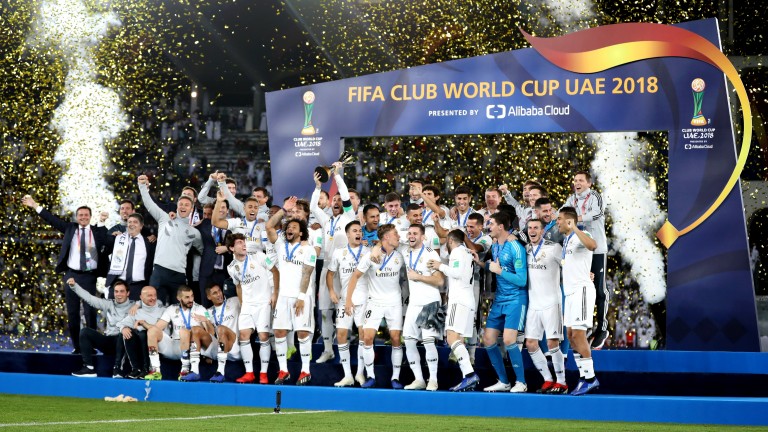 For the 15th year in a row the European champions will play in the Club World Cup final. For the 11th time out of 15 their opponents will be the South American champions. On Saturday Liverpool face Flamengo in Qatar.

Seven times in those previous meetings the trophy was lifted by the European champions, three times by the South American champions.

In other finals the European champions once beat the African champions and three times beat guest entrants from the host country – the sort of fixture that reduces the competition to ridicule.

The Club World Cup is of course a misleading title. It should be used for a tournament featuring the best teams in the world. This is not. It is a tournament for the champions of Fifa’s six regional confederations plus one local wild card, which is not the same thing at all – or anything remotely close.

Fifa has plans to revamp the competition, not so much to make it more credible as to make more money. Any plans, though, would struggle to overcome this reality: any proper world club championship would be essentially a European club championship.

Best bet of the day

At Priestfield on Saturday, Gillingham are more likely than the Dons to win the corners count. But the chance of them winning it by a large number may not be as high as bet365 estimate.

Back Milton Keynes Dons +3.5 Asian handicap corners at decimal odds of 1.9, equivalent to fractional odds of 9-10. If Gillingham win the corners count by four or more the bet will fail. Otherwise it will succeed.

Gillingham have eight more points than the Dons after 20 games. Gillingham are 13th in the table, the Dons 21st – below the relegation line on goal difference.

In EFL games with such home-draw-away expectations, the chance of the outsiders beating a +3.5 Asian handicap corners line typically would be about 70 per cent. For this match the chance almost certainly should be much lower, but perhaps not quite as low as the 53 per cent implied by decimal odds of 1.9.

Gillingham have taken a larger share of the corners in their games than we should have anticipated from the number of goals they have scored and conceded, at home and away. Milton Keynes have taken a smaller share of the corners than we should have anticipated from their goals for and against when playing away.

The overall corners patterns are unusual for both teams. As is Gillingham’s for manager Steve Evans, in his first season at Priestfield – unusual but not unknown. Russell Martin of the Dons will supervise only his fifth league game as a manager.

Gillingham could win the corners count by more than 3.5. They won it by nine in their last home game. Anything could happen.

But over time the distribution of corners in Gillingham games and in Dons games should become more normal, and the chance that it will start to do so in this match may be better than bet365 envisage.