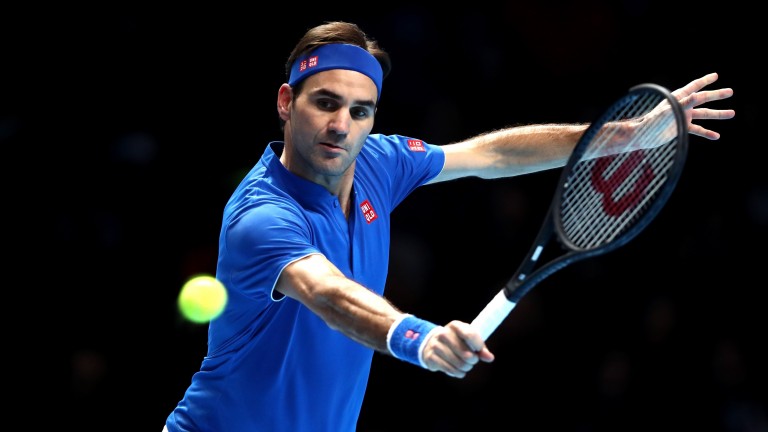 Roger Federer was more like his old self in a comfortable victory over Dominic Thiem
Julian Finney
1 of 1
By Adrian Humphries 8:03PM, NOV 14 2018

Roger Federer can kick on after his slow start to the ATP Finals with a day five evening victory over Kevin Anderson.

Federer, who will have the advantage of knowing what is required for him to qualify prior to his O2 Arena match, opened in London with a rare defeat to Kei Nishikori but he found better timing and rhythm to beat Dominic Thiem 6-2 6-3 in his second outing on Tuesday.

Anderson is unbeaten at the top of the Lleyton Hewitt group after a 6-0 6-1 mauling of Nishi­kori. But while the South African has been well supported to go all the way in London, a clash with the sport's greatest player on a fast indoor court is highly unlikely to be easy.

The big-server is capable of running Federer close, so anyone thinking of getting with the favourite on games handi­caps should bet with caution.

A Nishikori victory over bottom-placed Thiem earlier in the day could mean Federer may have to defeat Anderson by a certain margin to progress to the semi-finals.

But whatever the case, the legendary second seed should at the very least be able to concede a handicap start of a game and a half to Wimbledon finalist Anderson.