Kerry could call the tune early in Division 1 decider 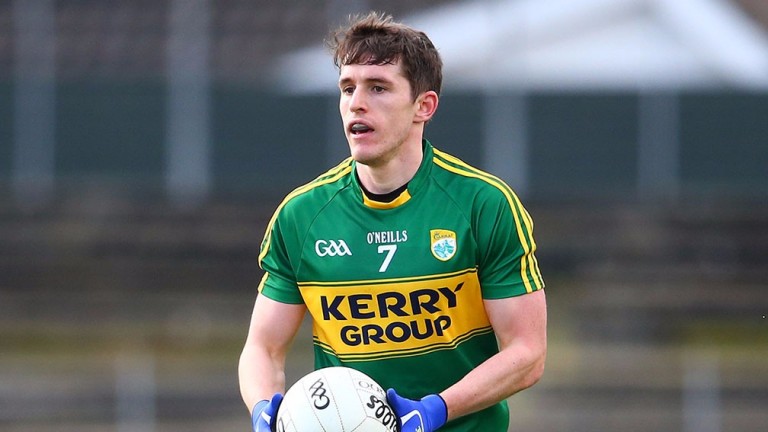 Dublin might well lift the NFL Division 1 trophy for the fifth year on the trot but they could have a few scares along the way and backing Kerry to lead at half-time in the final appeals.

This is a huge game that could define Kerry's season. They must be sick of the sight of the Dubs and this is another opportunity to get the monkey off their backs. They simply need to fend off their old foes in a big game at Croke Park.

Kerry have improved with each match through the spring and their first-half performance against Tyrone last Sunday was without doubt the best 35 minutes of football they have played in 2017. They exploded from the traps with Michael Geaney getting a goal in opening minutes, and they had 1-6 on the scoreboard within 15 minutes. It was stunning stuff.

You do not often see 1-12 scored in the opening half of any game these days, certainly not against a tenacious and well-organised defence like Tyrone's, so that was a clear sign that Kerry are about to peak. It could happen today.

Kevin McCarthy has been a real find this season and it will be interesting to see if he is deployed on Philly McMahon. Donnchadh Walsh has been allowed a more luxurious role in attack too, proving he can kick points from distance against Tyrone.

Dublin have been behind at half-time in three of their seven outings and it would come as little surprise to see them trail Kerry at the halfway mark.

Their second-half performances have been far more impressive than their first half ones. They were five points down to Monaghan early in the second half last week. It is their bench that makes them so hard to beat.

Kerry could have one hand on the cup but getting both hands on it could prove the tricky part. The Kingdom might need to be at least three points up going into the final ten minutes to secure the silverware.

You could argue that Kerry are overpriced at 11-4, but the safer play is backing them at 2-1 to be in front at half-time. If they are down at that stage, it might be all over.

The curtain-raiser at Croke Park is the Division 2 final between Kildare and Galway, a repeat of their round-seven clash at Pearse Stadium last Sunday.

On that occasion, Cian O'Neill made wholesale changes and Galway were backed in to as short as 2-9. The Tribesmen won, but only just.

Most people seems to think that Kildare will see off Galway now that they will have their strongest 15 players on the pitch, but Galway might be the better team right now.

It was not easy for Galway last Sunday. They were well aware that Kildare had made 14 changes and had a lot of unknown faces on the pitch. Complacency set in and they are better than they showed there.

Galway are the current Connacht champions. They reached the All-Ireland quarter-final last term too and Kevin Walsh has brought them to a new level since getting the job. There are further down the line than Kildare and can prove that with a comfortable victory.

Whether Galway win, lose or draw, backing Kildare to score 18 points or fewer at 4-6 with Paddy Power may be best bet on the coupon.