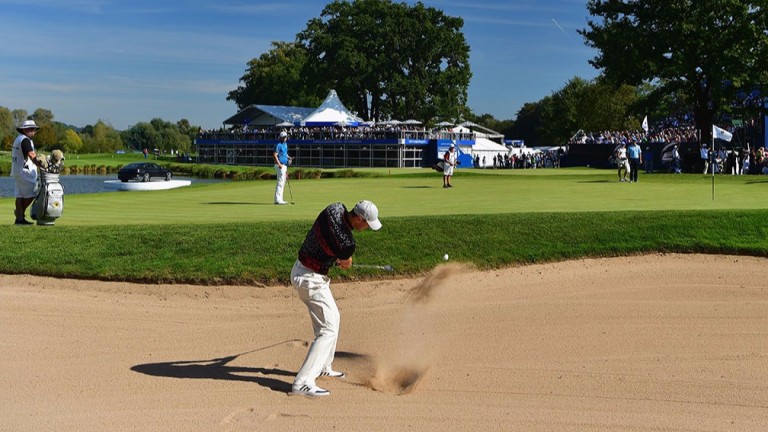 Tournament starts 7.45am Thursday
Live on Sky Sports Golf, from 11am

Threeballs
Sergio Garcia and Jon Rahm, the 5-1 co-favourites for the Andalucia Masters, have been separated in the draw for the opening two rounds.

Garcia starts his bid for a second Valderrama title early, teeing off alongside Shane Lowry and Andrew Johnston at 8.15am UK and Ireland time, while Rahm is in a 12.45pm group with Martin Kaymer and Padraig Harrington.

Outright fancies Lowry and Kaymer are the recommendations for punters wishing to play on both the marquee matches, but Kaymer is the safer wager of the two. Lowry has stiff opposition to overcome in the shape of Garcia, a regular Valderrama contender, and Johnston, the winner of last year's Spanish Open at this venue.

Kaymer can boss Rahm and Harrington on what is expected to be a clear but fairly breezy opening afternoon. Rahm is making his Valderrama debut and the ultra-tight track, with wind whipping across it, will test the aggressive youngster to the full.

The Spaniard is full of bravado and believes he can overpower any course in the world with his driving prowess, but this famous old layout could easily humble him.

Kaymer can draw upon the experience of five previous European Tour outings at Valderrama, events from which he has form figures of 6-2-21-23-6.

The German loves this challenge and is swinging well enough to contend again. Harrington, a fading force at the age of 46, has not competed at Valderrama since 2008.