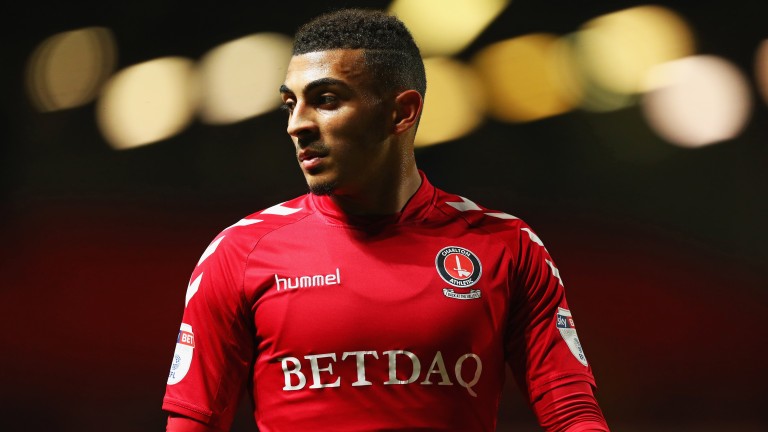 Karlan Grant's goals have been crucial to Charlton's promotion push this season
Naomi Baker
1 of 1
By Liam Flin 8:00PM, FEB 1 2019

Until Steve Mounie nodded in Huddersfield's first goal of 2019 against Burnley, a striker had not scored for the Terriers in this campaign.

Centre-back Mathias Jorgensen is the club's top scorer with three goals and a lack of attacking quality has been central to their dire league form.

Having opted for 36-year-old coach Jan Siewert to replace David Wagner, Huddersfield appear to have also had the long term in mind with their latest front-line acquisition.

Karlan Grant, 21, notched seven goals in his first 69 appearances for Charlton before making a loan switch to Crawley this time last year, where he developed pace, strength and versatility.

He bagged nine goals in 15 games in Sky Bet League Two, playing across the front three, and has looked a different player since returning to The Valley.

Grant has flourished alongside Football League stalwart Lyle Taylor in a front two but Huddersfield are surely misguided to think he can make a significant impact as a lone striker two divisions above.

If given regular run-outs with Mounie and others around him for the remainder of the Premier League season, Grant could be primed and ready to wreak havoc in the Sky Bet Championship next season should Huddersfield face the drop.

On the official club website, Charlton boss Lee Bowyer said: "He's the best goalscorer that I've worked with at academy level and it's exactly that which has got him this move."

Karlan clinical for the Addicks