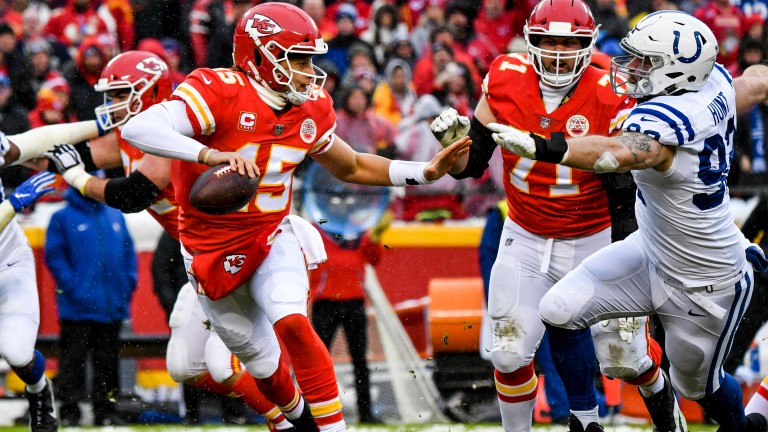 Kansas City Chiefs and LA Rams booked their respective places in the AFC and NFC championship games with home victories in the NFL Divisional Playoffs on Saturday night.

AFC top seeds Kansas City dominated their game against the disappointing Indianapolis Colts, who had been well fancied for an upset.

The Chiefs won 31-13 to set up a home game at Arrowhead Stadium against the winners of Sunday's clash between New England Patriots and LA Chargers.

Andy Reid's side are 11-4 second favourites for the Super Bowl, from 4-1, after their impressive performance in which their much-maligned defence put on an improved display.

The Rams are 7-2 third favourites, from 9-2, after a 30-22 home win over Dallas Cowboys. Sean McVay's side were in control for most of the game as running backs CJ Anderson and Todd Gurley each rushed for more than 100 yards.

The Rams will be at home in the NFC Championship game if champions Philadelphia can upset New Orleans on Sunday night, or travel to Louisiana if the top-seeded Saints prevail.

New Orleans, the 5-2 Super Bowl favourites, are eight-point favourites against the Eagles, while the Chargers get a four-point start for their trip to New England.