Kansas City can bounce back from late loss to Patriots

Dallas may be left frustrated by resilient Redskins 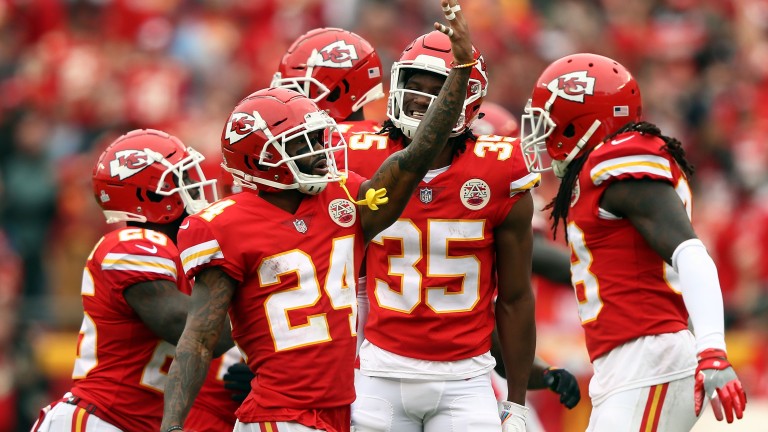 Cincinnati make the tough trip to Missouri to take on the fearless Chiefs, and after succumbing to late defeats last week both will be desperate to bounce back.

There is no doubt Marvin Lewis’s side have the weapons to punish a Chiefs defence that is ranked the worst in the league, but overcoming the likes of quarterback Patrick Mahomes and speedy receiver Tyreek Hill under the lights at Arrowhead may prove too big a task.

Kansas City have averaged almost 36 points a game this year, more than any other team, and could have a field day if the Bengals continue to give up almost 300 passing yards per game.

They certainly have the talent to make a real push for the Super Bowl this year, and Andy Reed could deal his Ohio opponents a vicious reality check.

The Cowboys put up 40 points on their way to crushing Jacksonville last week but their offence could be frustrated by the resilient Redskins.

Defence has been the secret to success for Washington, who have contained their opponents to 21 points or fewer in four of their five games this season.

That has helped Jay Gruden’s side quietly climb to the top of the NFC East, and a win over the Cowboys could bolster their chances of being surprise playoff contenders.

Dallas too have been impressive on defence and have given up an average of just 17 points a game this season, assisted through big plays from defensive end DeMarcus Lawrence.

With the fourth and fifth-ranked defences set to do battle at FedExField, this has all the makings of a low-scoring affair.

Team news
Dallas
Linebacker Sean Lee is set to return from a hamstring problem but wide receiver Tavon Austin is out with a groin problem.

Washington
Wideout Jamison Crowder is out with an ankle injury while fellow receiver Paul Richardson is doubtful with a shoulder problem.

Key stat
Dallas have won the last four meetings between these sides.

Both of these teams have won their last two matches and the Jets will probably be pleased with their 3-3 start as they have blooded new quarterback Sam Darnold.

They scored seven field goals in last week's win over Indianapolis and should cause the Vikings more problems in the running game than Arizona did against Minnesota last week.

The visitors could decide to take the aerial route and that could mean another big afternoon for dynamic receiver Adam Thielen.

He has posted more than 100 receiving yards in six successive matches and has already gone over for four touchdowns, including one in each of his last three appearances.

At odds-against, he is a good price to add to his tally at the MetLife.

Key stat
Minnesota have won just one of their last seven matches against the Jets.