Juventus set for another Serie A romp 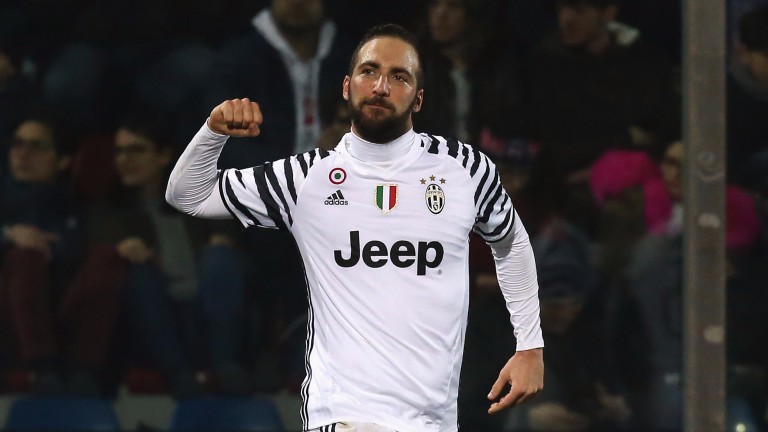 Crotone v Roma BT Sport 2, 11.30am
Roma maintained their Serie A title push with a 4-0 victory at home to Fiorentina on Tuesday and can cap off the perfect week with a win at lowly Crotone.

The free-scoring Wolves have netted at least two goals in four of their last five games and are likely to have far too much quality for Crotone, who have not got out of the bottom three at any stage this season.

Inter v Empoli BT Sport 2, 2pm
Inter's seven-match triumphant run in Serie A came to an end with a
1-0 defeat at leaders Juventus last week but the Nerazzurri should get back to winning ways when facing Empoli at the San Siro.

A top-three finish still looks like a realistic target for Inter but Empoli have survival on their mind as they bid to extend the eight-point gap between themselves and the drop zone.

Cagliari v Juventus BT Sport 1, 7.45pm
Champions Juventus eased to a 19th victory in 23 Serie A games on Wednesday, winning 2-0 at Crotone, and Cagliari's vulnerable defence should be no match for the red-hot title favourites.

Only bottom club Pescara had conceded more goals than Cagliari before this round of fixtures and Juventus should add to that tally.