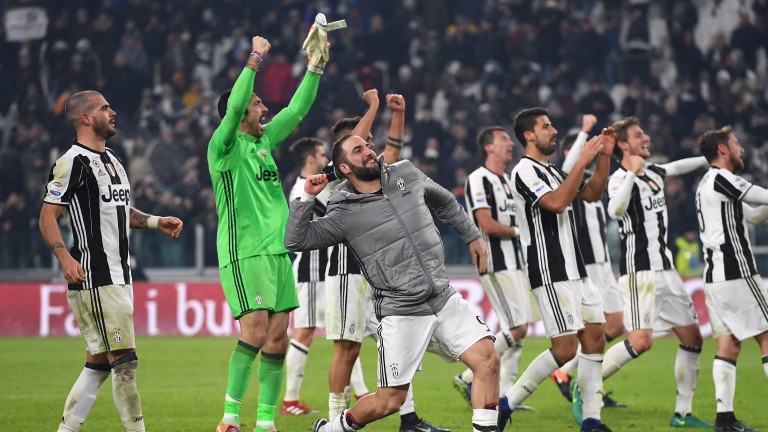 Juventus were 8-15 ante-post to win a sixth straight Scudetto and they are looking like good things after opening up a seven-point advantage on Roma.

The Old Lady celebrated as if the title was won after Saturday’s scrappy 1-0 success over their nearest challengers courtesy of a brilliant Gonzalo Higuain goal.

Juve have not been at their best but are virtually unstoppable at home where they have won their last 25 Serie A matches.

Max Allegri’s men are still to travel to Roma and Napoli but they are expertly ruthless and should improve once all of their injured players return to fitness.

Roma and Napoli play better football but are not as consistent, although both are set to finish in the top three.

The bottom three look cut adrift which is good news for our ante-post pick of Palermo, but a more fascinating heat is the top-scorer betting.

Higuain is the 7-4 favourite from 9-4 Edin Dzeko with Mauro Icardi 7-2 and Andrea Belotti and Dries Mertens 12-1.

Icardi, Dzeko and Belotti are co-leaders on 12 goals from ten-goal Mertens and Higuain.

Mertens has scored eight goals in his last three matches since being used as a false nine at Napoli but the Belgian may be moved back to the wing once regular striker Arkadiusz Milik returns from injury.