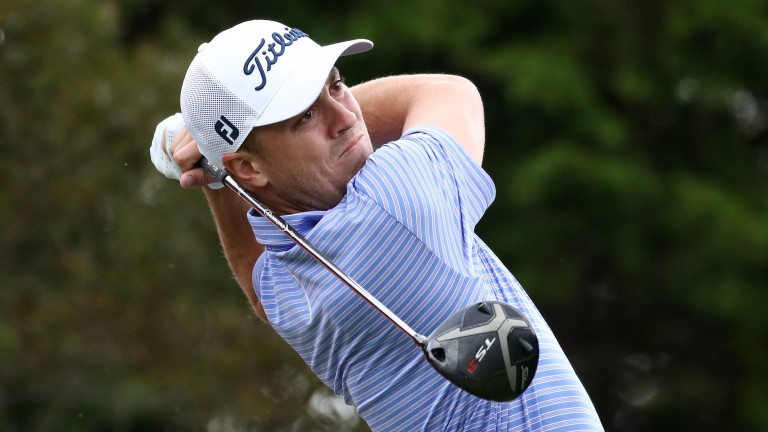 Justin Thomas has a superb record of success in Hawaii
Chung Sung-Jun
1 of 1
By Steve Palmer UPDATED 11:52AM, JAN 7 2020

Justin Thomas won the Sentry Tournament of Champions in the early hours of Monday morning UK and Ireland time, the world number four moving atop the FedEx Cup standings in the process.

Thomas, a general 5-1 chance ante-post, went into the final round trailing Xander Schauffele by a shot, but carded a 69 to force a three-man playoff against the overnight leader and the fast-finishing Patrick Reed.

Schauffele was eliminated at the first extra hole, before Thomas went on to claim victory with a birdie at the third hole of overtime, firing a brilliant wedge flagside at the par-five 18th. Patrick Cantlay finished fourth, while Rickie Fowler and Joaquin Niemann shared fifth spot.

Golf punters have three tournaments to consider this week, with the rescheduled Hong Kong Open taking place. The event was postponed due to political tensions, losing its European Tour status, but Open champion Shane Lowry headlines the field at Hong Kong Golf Club on Thursday.

The European Tour is in Johannesburg for the South African Open, for which Louis Oosthuizen goes to post, while the PGA Tour stays in Hawaii for the Sony Open. Thomas, who did the Sentry-Sony double in 2017, is bidding to repeat the trick.