Justin Rose and Tiger Woods can do battle for Valspar glory 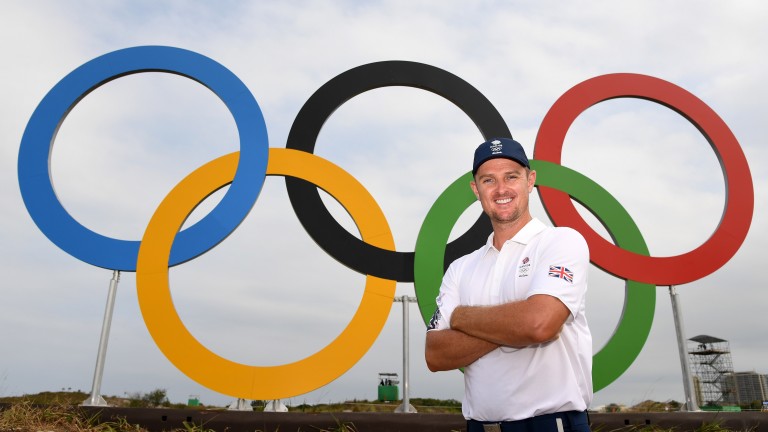 Story so far
Golf fans have never had it so good.

Dustin Johnson has been world number one for more than a year, with young guns Justin Thomas, Jon Rahm and Jordan Spieth keeping close order. And now the old guard are returning to form to throw down a challenge to the top ranked players. Last week, Phil Mickelson won his first title for almost five years, and this week – whisper it quietly – Tiger Woods could do likewise.

Woods has risen, like the demigod he is, from being unable to walk to US Tour contender in a matter of months. His latest back surgery has been a resounding success, filling his injury-plagued body with solidity and confidence, and after five years in the golfing wilderness the man who many believe is the greatest player in history is back in business.

Seriously back in business. Woods was impressive in the Honda Classic last time out, but one swallow does not make a summer, and the jury was still out as to whether the 42-year-old Tiger really had grown back his teeth. His performance over the first three days of the Valspar Championship ends the debate. Woods has been incredible and looks every inch an elite golfer again. He shares second place at the Copperhead Course and can approach the future with massively enhanced self-belief.

Jack Nicklaus may be the only person who has not enjoyed the magnificence of Woods in Florida this week. Tiger last lifted a trophy at the 2013 WGC-Bridgestone Invitational, his hopes of adding to his Major haul of 14 fading a few months later amid a chronic lack of fitness and form. For the first time since, Woods can be considered a genuine Majors threat, with Nicklaus's record of 18 suddenly appearing on the radar again.

Woods was a best-price 30-1 for Valspar glory ante-post, but no bigger than 5-2 is available with 18 holes to play. Big Cat is favourite. Corey Conners, 200-1 at the outset, leads Woods, Justin Rose and Brandt Snedeker by a shot.

Final-day advice
Driving has never been a strength of Tiger Woods – he has always been long off the tee, but not particularly straight – and that is the department of his game which looks most vulnerable at the moment. The Copperhead Course has been allowing the great man to get away with driver inaccuracy, though, because that club has spent a lot of time in the bag.

Woods has used countless irons off the tee this week, playing smart golf on a tough track, and keeping his card relatively clean. When he has wielded driver, the length he has been getting has been jaw-dropping, and the swing speed of this latest incarnation of Tiger is remarkable. There is a dynamism which players half his age fail to match. The drives do not necessarily go straight, though, so Woods has been sparing with Big Dog selection.

The Woods short-game has been sensational. There was talk of chipping yips in the not-too-distant past, but this week he has produced some glorious recovery shots around the greens, looking in total control. And his putting has been a thing of beauty. He has covered 54 holes without a three-putt, his stroke as smooth as silk.

Whether Woods wins this week or not, he has shown enough for his army of fans to be giddy with excitement for the months and years ahead. Is he worth backing at 5-2 for a Valspar victory? Probably only if you have backed Justin Rose ante-post and want some cover on the man most likely to stop the Englishman succeeding.

Bookmakers know Woods will be backed whatever price they chalk up – there was no value in his pre-tournament odds – and the clamour for supporting the living legend for the final round is immense. That means stingy quotes. Sky Bet are dangling a stand-out 5-2, which will almost certainly be gobbled, and he is a general 9-4.

For all the brilliance Woods has shown over the last three days, Rose should be clear favourite. He has won three tournaments in the last five months, closed 2017 with ten consecutive top-ten finishes, is playing a Copperhead Course which is tailor-made for his talents, and has been putting much better than normal this week.

Rose would probably be clear at the top of the board had some back pain on a chilly first morning not made for uncomfortable swinging. He was all over the place in round one, but scrambled well, and his typically imperious ball-striking has returned over the last two days.

A Rose versus Woods duel seems the most likely scenario for the final round of the Valspar, and, helpful to the chances of Rose, they have been separated in the Sunday draw. Rose is out in the final pairing, alongside nervous rookie Corey Conners, while Woods tees off alongside Brandt Snedeker for the second day running.

A circus will be following Woods, noisy supporters desperate to see the old master get back to winning ways, and Snedeker, as well as possibly Woods, are the most likely to suffer. Rose can assert his superiority in the final twoball, quietly getting on with the business of notching a ninth US Tour title.

The accurate Conners has performed manfully on a course which suits, but the occasion seems likely to catch up with him in round four. The Canadian maiden competed in a Monday qualifier for this event, so he has had a long week, and frontrunning will probably take its toll. If he manages to repel Tiger Woods and Justin Rose for a US Tour breakthrough, caps will have to be doffed the world over, but it is much more likely that a one-shot advantage is not enough for this typically weak putter to close the deal.

Rose was the Racing Post Sport headline selection on Wednesday – a large each-way bet at 20-1 was recommended – so no further investment is needed at 13-5. Cautious punters with a decent wager on Rose may choose to back Woods at 5-2, despite the skinny price, to get some cover. Anyone yet to get involved should jump aboard the Rose train.

Final-round twoball punters are pointed towards former Valspar champion, Sean O'Hair, in the 4.10pm match. This course perfectly suits O'Hair and it is a surprise to see 9-10 available about him defeating Bob Estes, an injury-plagued 52-year-old ranked 1,503rd in the world, who typically misses the cut whenever teeing up in a US Tour event.