Juggernaut Trump should have no trouble 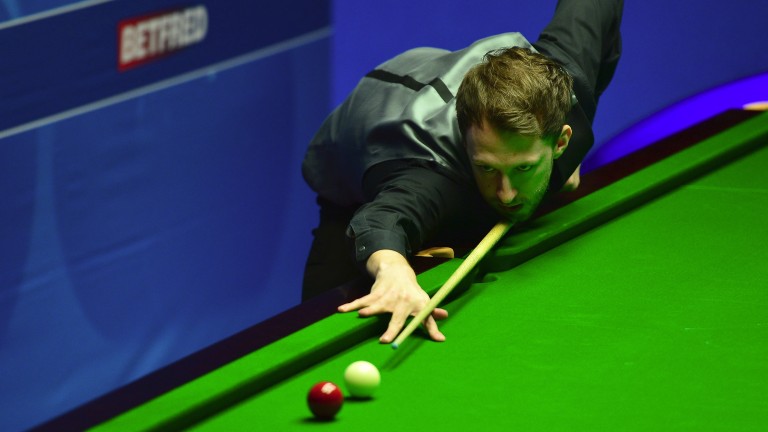 Liang Wenbo v Carrington
Liang Wenbo has been one of the most consistent performers on the circuit this season but he has struggled on previous visits to the Crucible and may have his work cut out against qualifier Stuart Carrington.

The Firecracker has been a first-round casualty in four of his five starts in Sheffield  - a quarter-final defeat to Ronnie O’Sullivan in 2008 his only exception - and could have asked for an easier opponent in his curtain-raiser.

The Grimsby cueman is unlikely to be bogged down by the occasion, having already tasted the Crucible experience two years ago when losing 10-6 to Judd Trump in the first round, and should push Wenbo close.

Wenbo’s recent well-being is another concern. The Chinese ace was beaten by Ricky Walden in his opener of the Gibraltar Open, hammered by O’Sullivan in the Llandudno Players Championship and suffered a shock defeat at the hands of Rory McLeod in his latest outing in China.

Carrington is tidy among the balls and is fancied to win at least seven frames.

Trump v McLeod
Judd Trump has been the form player this season, reaching five ranking title finals and winning two - the European Masters and Players Championship - and should have little problem sweeping aside Rory McLeod.

The Juggernaut is many people’s idea of this year’s world champion and the consistency he has shown puts him among the players to beat in Sheffield.

Trump was runner-up to John Higgins in 2011, but has reached only two semi-finals since. However, he is at an age where there are no longer any excuses and it’s time for him to step up to the mark.

McLeod has twice reached the Crucible main draw but is a surprise participant this year and ultimately lacks the scoring power to trouble Trump.

Bookmakers are giving little away asking Trump to concede 5.5 frames on the match handicap but any mistakes from McLeod will be duly punished.

Paddy Power are offering 4-7 on the second seed to overcome a 4.5-frame headstart for his opponent and that looks the play.

Carter v Dott
Ali Carter and Graeme Dott have played in five World Championship finals between them and a return to their favoured venue could see a close, gruelling affair.

Carter is rightly favourite and should be hard to beat but Dott showed glimpses of his former best in qualifying and is no back number at the Crucible.

The Scottish ace was crowned world champion in 2006 and has twice been a beaten finalist at a venue where he clearly thrives.

The talented veteran fired seven breaks of 50-plus in his final qualifying win over Welshman Jamie Jones and when given the chance is likely to take it.

Dott is a dangerous first-round opponent and the best way of approaching the match may be to go over the frames.