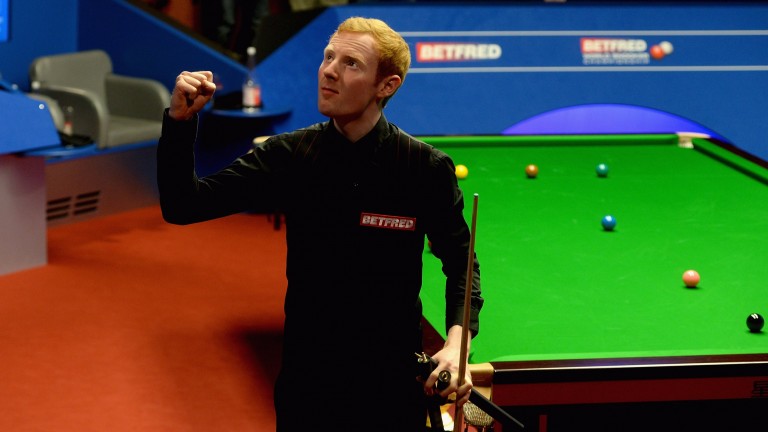 Anthony McGill could be overpriced
Gareth Copley
1 of 1
By Adrian Humphries 6:50PM, NOV 9 2016

Judd Trump can be devastating on his day, but it’s worth taking the chance that Anthony McGill can keep it close against the West Countryman in their Champion of Champions first-round clash in Coventry this afternoon.

Trump is 1-3 to open with a victory in a tournament he likes – he was runner-up to Ronnie O’Sullivan at the Ricoh Arena in 2014.

But the former world number one was found wanting in a 4-2 defeat to Kyren Wilson in the first round last year and also lost to Stuart Bingham in the last eight in 2013, so he is no certainty to oblige against one of the sport’s top young players.

McGill is 3-1 to progress to the quarter-finals and that’s not the worst price in the world, but anyone looking to support the methodical Glaswegian may find a handicap bet the way to go.

Hills are quoting McGill at 8-13 with a start of 2.5 frames and while Trump is perfectly capable of reeling off four frames on the spin, it’s about time the Scot stepped up in higher-level invitational tournaments and it may be worth taking the chance that happens this afternoon.

In today’s first match, it’s difficult to pick a winner between two players who are seldom the most consistent and punter-friendly performers.

John Higgins will be chuffed to bits at having won the £200,000 first prize in the inaugural China Championship on Saturday and that could aid Murphy’s cause.

However, the Magician is not exactly a machine when it comes to winning titles or matches, so there will be better times to punt on matches which oddsmakers are finding it difficult to find a favourite.

The ingredients are there for a close tussle and over 5.5 frames, an 8-13 chance with Hills, could see support.

Ding Junhui won through to the semi-finals on Tuesday night when he defeated Stuart Bingham 6-4.