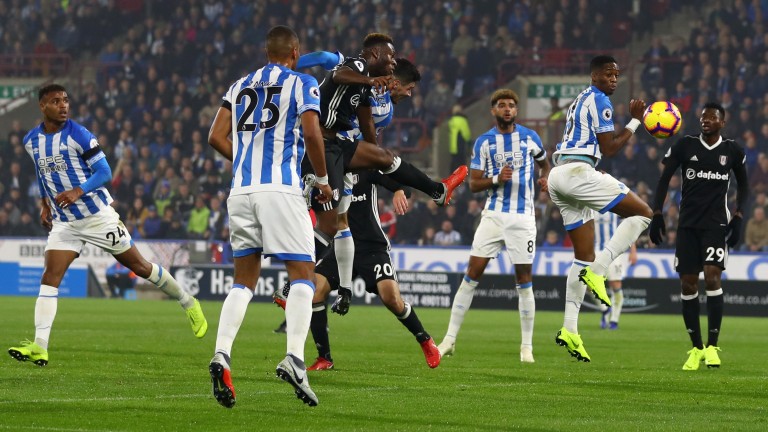 Huddersfield's victory over Fulham on Monday sent the Cottagers to the bottom of the table
Matthew Lewis
1 of 1
By Graham Woods UPDATED 12:01PM, NOV 7 2018

Victory for Huddersfield on Monday - their first win of the season - sent Fulham to the bottom of the Premier League table and also provided another boost for punters backing favourites in the top flight.

Wins for both Manchester clubs, Tottenham and Chelsea over the weekend had already left a hole in bookmakers' pockets, and while some accas were downed by Arsenal's draw with Liverpool, West Ham, Everton and Leicester were also well backed. Watford were the only other favourites not to deliver, losing at Newcastle.

The weekend continued a run of punter-friendly results and extended a remarkable success rate for the top five clubs in the top flight over the lesser lights.

Manchester City, Chelsea, Liverpool, Tottenham and Arsenal have been involved in 39 matches against teams from outside that elite group this season and recorded 35 wins, three draws and just a single defeat - Tottenham's 2-1 reverse at Watford in September.

Hills reported this week that trading had been hit in the autumn by "customer-friendly football results", while Betway spokesman Alan Alger said: "Wins across the board for favourite-backers have left us feeling battered and bruised."

And Betfred were hit harder than most this weekend after a shop punter saw his £5 14-timer land for a payout of almost £40,000.

Rail worker Nick Lavranos, 57, needed goals in the final three minutes of Blackburn's victory over QPR and Barnsley's success at home to Southend to seal his clean sweep.

Meanwhile, following Fulham's defeat on Monday, their manager Slavisa Jokanovic is now odds-on favourite to be the first Premier League manager to leave his job.

It was the Cottagers' fifth Premier League loss in a row, a run which included a 4-2 reverse at relegation rivals Cardiff. Before that match Jokanovic had been a 5-1 shot in the sack race betting, but he was Coral's 4-6 favourite by Tuesday morning.