Stander and Campagnaro can go well for their teams 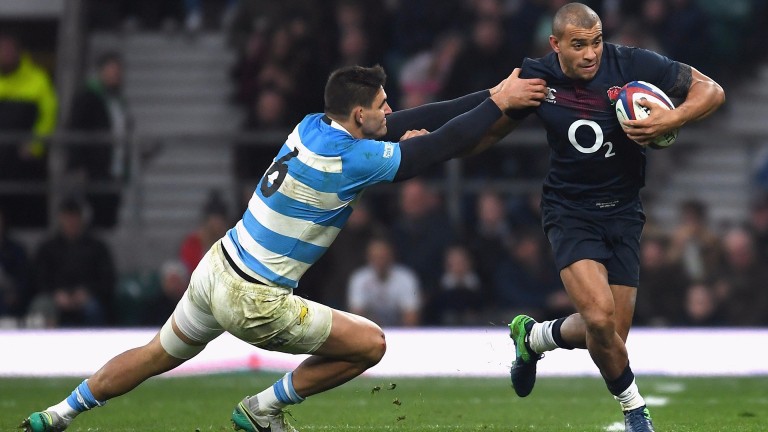 Jonathan Joseph slips away from the Argentina defence in November
Getty Images
1 of 1
By Graham Woods 2:29PM, FEB 3 2017

J Joseph top tournament tryscorer 12-1
The Six Nations is a unique tournament and one of its key characteristics is that it’s inherently defensive.

That’s partly because it reflects northern hemisphere rugby, partly down to the weather, partly down to its unforginving short format, where one defeat means your destiny is no longer in your hands.

Whatever the reason, teams go out on the pitch looking first and foremost not to lose, and winning is a by-product. So it’s no surprise that winning margins have narrowed and try totals have dipped over the years, but what’s also interesting is that a breed of player has emerged who can find a way through the tight defences of the Six Nations.

England winger Jonny May is favourite in the top tournament tryscorer market and the only player at single-figure odds. His brilliant arcing runs have had the Twickenham crowd on their feet, but while his record outside the Six Nations reads eight tries from 15 matches, in the spring showdowns it’s none from seven.

Far more convincing is the record of Bath centre Jonathan Joseph, who scored a total of eight tries for England last year, head and shoulders above any of his rivals and his big asset in this tournament is not merely his pace and strength, but his trickery and footwork, his ability to twist and turn through packed defences.

May has dancing feet too but has been unlucky with injuries and may not even be assured of his place once Anthony Watson is restored to fitness.

Wales winger George North topped the charts last year and is second-favourite this time buthas had his own injury worries and is without a try in five outings, while the only other player with the kind of magic in his boots to unlock Six Nations defences is France centre Wesley Fofana, who is sidelined through injury.

Joseph is available at 14-1 but Paddy Power’s each-way terms of five places makes their 12-1 more appealing.

CJ Stander top Ireland tryscorer 17-2
All the talk about Billy Vunipola’s absence from the England squad and Taulupe Faletau’s can’t-some-soon-enough return to fitness tells you how valuable a big ball-carrying back-row forward is to a team.

Wales legend Scott Quinnell was the epitome of a hard-running number eight and his record of 83 carries in one Six Nations tournament set in 2001 stood for 15 years.

But last year it was smashed not once but twice – Vunipola carried 93 times and Ireland’s CJ Stander was close behind on 87.

What’s interesting about Ireland is that their tries have been evenly shared – last year they scored 15 in the Six Nations with seven coming from their forwards and three from scrum-half Conor Murray.

None of their backs dominates their scoring so Stander looks a good pick at a decent price to lead the way.

M Campagnaro top Italy tryscorer 18-1
The Exeter centre is on the bench for Sunday’s clash with Wales but has been in outstanding form for the Chiefs and could benefit from being introduced into the action late as defences start to tire.

The Azzurri are starting to score tries – they were shut out by England in last year’s Six Nations but scored two tries in each of their other Six Nations matches and they scored at least twice in eight of their 11 Tests in 2016.

Top points scorer
Scotland’s Greig Laidlaw was tipped for this accolade at 10-1 last season and fell seven points short of winner Owen Farrell, who tops the market this year.

The big plus with Laidlaw is that as skipper he rarely gets hooked – he played 398 minutes of a possible 400 in the 2016 tournament, although Farrell wasn’t far behind on 380.

But Farrell is also weighing in with tries as well as kicks at goal, and with Laidlaw less than half the price he was 12 months ago, the value looks to have gone.