Jordan Spieth can rebound from his recent putting woes 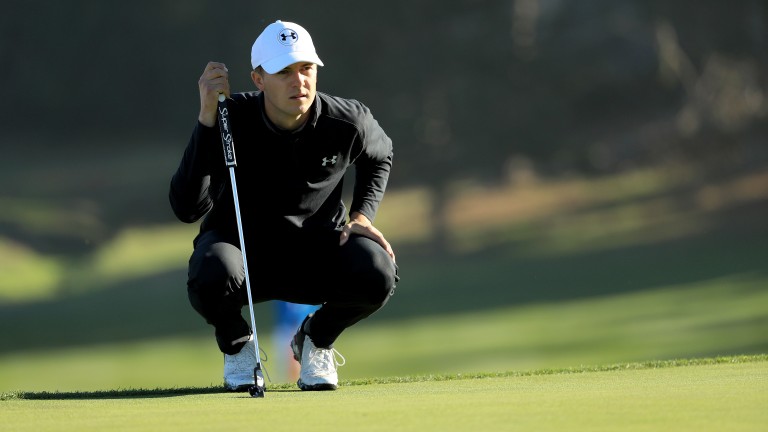 Jordan Spieth eased to a four-shot victory in last year's Pebble Beach Pro-Am but the Open champion faces a battle if he's to keep his hands on the trophy after shooting an even-par 72 at Spyglass in his first round.

Spieth's biggest concern, apart from his own form, will be his Pebble playing partner and world number one Dustin Johnson, who shot a five-under 67 to sit two behind the lead.

Beau Hossler and Kevin Streelman top the leaderboard, with three players a shot behind and Johnson stalking them menacingly in a tie for sixth. He's 7-2 from 6-1 to wrestle the title away from Spieth.

The best bet of round two could come from the marquee group, and it's not Johnson who catches the eye.

Spieth was ordinary on day one - his stellar putting appears to have deserted him - but he's capable of flicking a switch and he appeals against DJ when they tee off at 6.01pm on Monterrey Peninsula.

Johnson has routinely challenged for the trophy in California but, in recent years, his worst performances have come on the Monterrey layout.

The 33-year-old has shot lower than 70 in only one of his last six rounds on that track and struggled to 73s in 2013, 14 and 16. Spieth has regularly carded rounds in the 60s and, if he can rediscover the magic touch, he is decent value to reignite his defence.