Johnson could put up brave resistance against Thiem

Austrian ace may struggle to land victory in straight sets 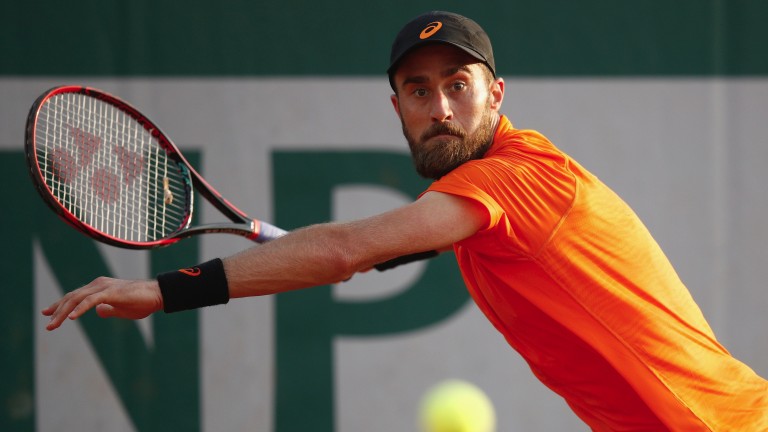 Thiem v Johnson
Punters face some tough picks as the third round of the French Open starts with it possible to make cases for both players in the close contests and the hot favourites on the short side for straight-sets victories.

With that in mind, it could be worth looking at backing a couple of performers who are slightly overpriced to win at least a set against opponents who will still probably triumph.

Dominic Thiem will almost certainly prove difficult to beat for Steve Johnson, but taking into account the American's form at Roland Garros, the Austrian may do well to progress in double-quick time.

Johnson earned a superb 6-2 7-6 3-6 7-6 win over Borna Coric in Paris on Wednesday, after which the Croat took out his anger on his racquet while the emotional Californian was in floods of tears following the death of his father last month.

Anyone who supports Johnson against Thiem knows they will be getting maximum effort and given that the sixth seed had to work hard to deny the world number 26 when the pair met on clay in Nice in 2014, backing the outsider to win at least a set could prove a wise move.

Tsurenko v Ostapenko
Jelena Ostapenko looks a promising talent with a decent future on the WTA Tour and bookmakers expect the Latvian teenager to see off Lesia Tsurenko in their last-32 rumble.

The 19-year-old favourite may well do the business, but it would be remiss to ignore the threat Tsurenko poses to an opponent situated five spots lower than the Ukrainian in the latest rankings.

Tsurenko made a fairly slow start to her professional career, but in recent times the 28-year-old has been showing a lot more self-belief.

She has captured a title in each of the last three years – Tsurenko saw off former world number one Jelena Jankovic to lift the Guangzhou trophy last September and defeated Kristina Mladenovic to post her biggest triumph in Acapulco in March.

There may be better to come too now Tsurenko has discovered the winning bug.

Ostapenko is promising but it may be too soon to rank her up there with players such as Marketa Vondrousova and Daria Kasatkina.