Johnson and Rahm could be set to meet in powerhouse final 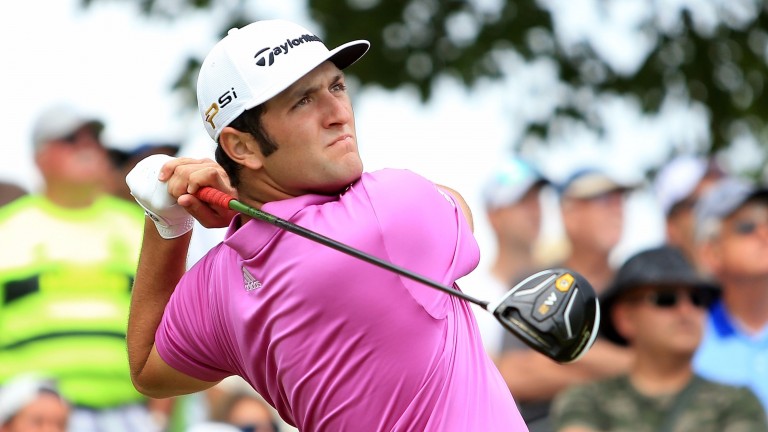 WGC-Dell Technologies Match Play punters need to quick off the blocks if they want to have any investments at the last-16 stage – the action resumes at Austin Country Club, Texas, at 12.30pm UK and Ireland time.

Both the round of 16 and the quarter-finals take place today, meaning that only four players will be left in the competition for Sunday. Several big names have already left Austin after failing to make it through the group stages.

Rory McIlroy, Jordan Spieth, Jason Day, Hideki Matsuyama, Sergio Garcia and Justin Thomas have all been eliminated. Dustin Johnson, 10-1 second-favourite on tournament-eve, has shortened to a best-price 11-4 after comfortably winning all his group matches.

Jon Rahm and Paul Casey, who also had a 100 percent group record, come next in the outright betting. Rahm destroyed fellow Spaniard Sergio Garcia to book his spot in the knockout stages. Johnson faces his namesake, Zach Johnson, in the last 16.

The group stages are over, the knockout draw is set, and punters have a chance to evaluate potential paths to the final for the players of which they are interested.

Dustin Johnson, who has been in sensational form all week and butchered Jimmy Walker in his final group outing, may have to beat Zach Johnson, Brooks Koepka and Paul Casey to reach the final.

Dustin and Casey, who has a strong matchplay record and has twice been runner-up in this event, are the heavyweights in the top half of the draw.

Massively in-form Spaniard Jon Rahm is the stand-out name in the bottom half of the draw. This fearless youngster never seems to let a lack of experience handicap him. This is his first WGC-Match Play, but he embarrassed Sergio Garcia in his final group match. Given how easy everything seems to be coming to Rahm, he probably thinks he can win the Masters on his Augusta debut next month, too.

Dustin Johnson has to be considered the most likely finalist – the world number one is oozing long-game control and has been putting well this week too – and Rahm may be his opponent in the Sunday showpiece.

One of the two of the best players in the bottom half – Phil Mickelson and Marc Leishman – will get eliminated at the last-16 stage (because they play each other). Charles Howell has been in great form this season, but may not have the stomach for a fight with Rahm, so it is difficult to envisage jaunty Jon being stopped.

Zach Johnson is a gritty sort who could make Dustin work hard for his victory today, so 2-5 quotes about Dustin are not great value, despite his majestic form. Preference for a day-four matches investment is a double on Casey and Rahm, who seem likely to overwhelm Hideto Tanihara and Charles Howell respectively. The double pays better than 5-4 with Betfred. The rest of the matches seem likely to be extremely tight affairs.