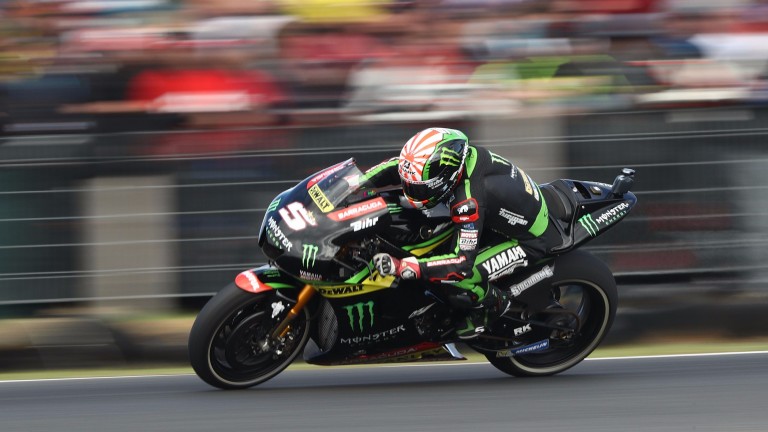 The MotoGP title was decided almost a month ago but the final weekend of the season has not been short of drama and it could continue in the Valencia race, which could be run in wet conditions.

Recrowned world champion Marc Marquez was the centre of attention in Saturday's qualifying session, crashing out and suffering a shoulder injury only to get back on his bike to claim fifth on the grid.

Marquez says he believes it was a partial dislocation of the same shoulder that has been bothering him this season and, despite his blistering pace at times in practice, the injury has to be a worry over a race distance.

Another variable for punters to consider is the possibility of rain on race day. Fourth practice and qualifying have been the only two dry sessions of the week and darker clouds are set to return on Sunday.

Another rider who crashed in qualifying could prove a value each-way bet in the race.

Johann Zarco will start 11th on the grid but he had gone fastest in the first two sectors of his final lap and looked to have the pace for pole.

The Frenchman was second in final practice, runner-up in the last grand prix and second in this race last season.

He was one of only two riders who said they wanted to race when the Silverstone event was cancelled due to heavy rain, so rain in Spain should hold no fears for him.

In-form Maverick Vinales is a 13-2 chance with bet365 after taking pole. Alex Rins, who starts second, is 9-1.