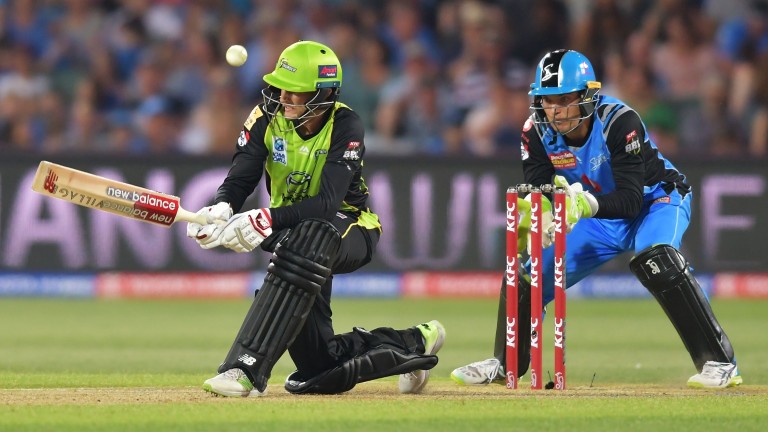 Thunder v Heat
BT Sport 2, 8.15am Tuesday
England Test captain Joe Root has had a lean start to the Big Bash campaign but every player has his price and the 6-1 that he top-scores for Sydney Thunder against Brisbane Heat is too big to ignore.

Root made 26 in the defeat to Melbourne Stars last time out, outscoring top three batsmen Jos Buttler, Shane Watson and Callum Ferguson, and he can take heart from his England teammate Joe Denly's experiences with Sydney Sixers.

The opener had made just 61 runs in six innings before Sunday's match-winning knock of 76 not out against the Strikers and Root, who scored an unbeaten 51 off 22 balls for Yorkshire against Lancashire in his only T20 Blast appearance last year, is too good a player to be stuck in the doldrums for long.

The Heat got their first win of the season against Perth Scorchers last week and the 11-10 shots should be competitive against a Thunder side who have lost three of their last four games.