Jelena Ostapenko set for a confidence boost against Babos 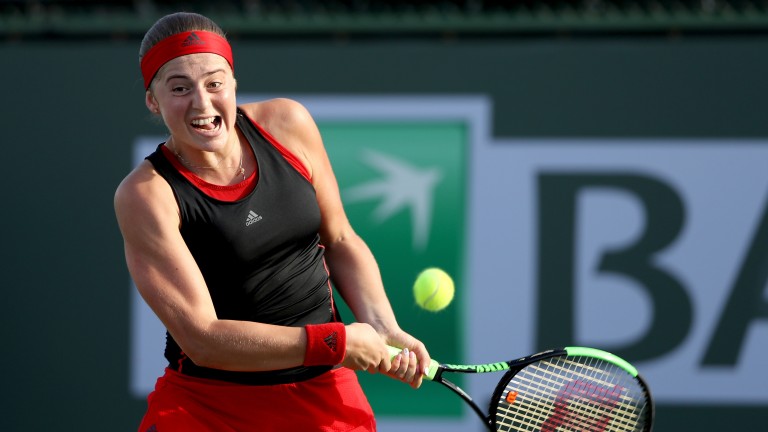 Jelena Ostapenko has a big opportunity to notch a victory
Matthew Stockman
1 of 1
By Adrian Humphries 8:00PM, MAR 22 2018

Jelena Ostapenko seems to be a player who hits peak form infrequently, but the Latvian will surely never have a better chance to post a victory than against Timea Babos in the Miami Open.

Babos is a battler but she's also limited in terms of the quality needed to shine in a high-class tournament such as this.

The Laykold cushion courts could help her against the French Open champion, but while Ostapenko has done her best work on clay in her early career it's about time she started to step things up on hard terrain.

It's amazing to note that Babos has been made favourite by the oddsmakers to inflict another defeat on Ostapenko, but while Babos did well to eliminate Mona Barthel in her opener it has to be said that the German's career has been a little disappointing given her talent.

Ostapenko was comfortably seen off 6-3 6-3 by Petra Martic in Indian Wells, but considering the Croat's general form since her recovery from a raft of injury woes there is no great shame in that loss for the Riga native.

She's a shade of odds-against to show her class against Babos and Ostapenko will hardly ever get a better chance to boost her confidence on a hard court.

In the men's action, Max Marterer could make life tough for Grigor Dimitrov, while Taylor Fritz's conqueror Pierre-Hugues Herbert is not without a chance of upsetting Marin Cilic, who has looked to be going through the motions in recent weeks.