Jason McAteer: Liverpool can't afford to stand still, they have to keep evolving 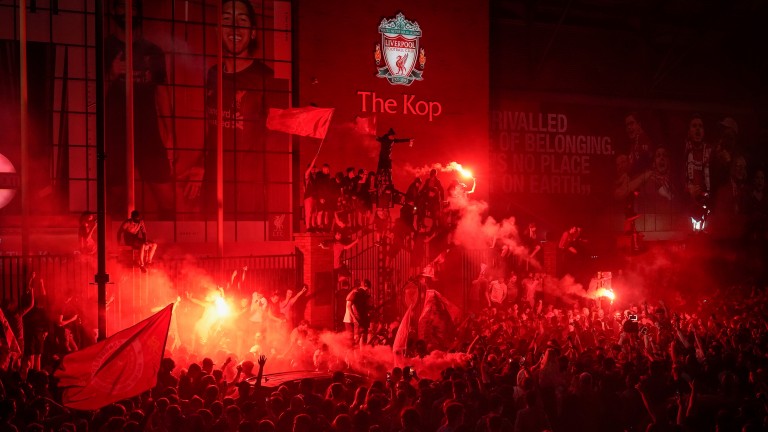 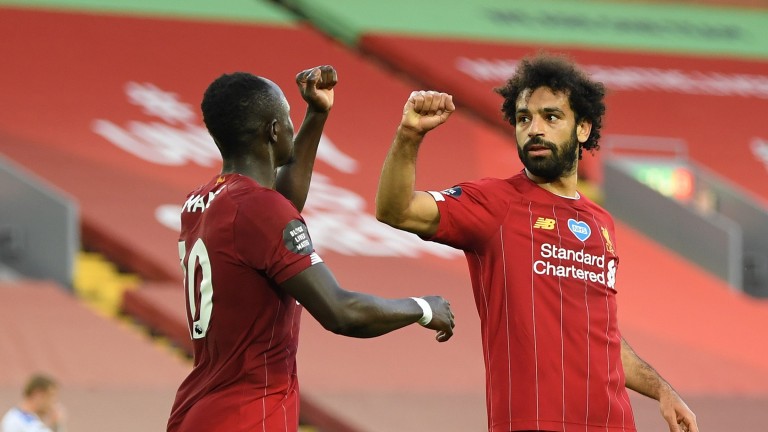 The job is done. The celebrations for Liverpool's first title since 1990 have begun and it's a great time to be a Red.

But, what now? They can't stand still and they should be looking to dominate the English game in the same manner as Manchester United did in the 1990s.

That's not going to be easy with some clubs potentially able to fork out big transfer fees, although of course we don't know what sort of world we are going to be living in when the window opens.

But while Liverpool need to keep evolving and the players who have served Jurgen Klopp so well will be a year older, they are going to lose personnel who need to be replaced.

The team that started Wednesday's 4-0 win over Crystal Palace was probably Klopp's favourite line-up but the counter-pressing style requires such a lot of energy that reinforcements are needed because there will be times when they need to rotate.

Takumi Minamino has come in but it looks as if Xherdan Shaqiri and Adam Lallana are going to leave so others are going to have to step up.

But who? That's the problem. No agent will need any encouragement to link their players to an Anfield move - I'm sure Timo Werner's people were making a lot of the running when there was talk of him joining the club - but are they going to play regularly?

Talk of Bayer Leverkusen's Kai Havertz arriving at the club therefore seems unlikely. Liverpool broke records to sign Alisson and Virgil van Dijk, but the rest of the team were not necessarily signed for huge fees.

They haven't gone about their business that way and I don't see it happening.

And it is going to be a big year with the Euros at the end of the season, so top players are going to want to play regularly, something that Klopp is not able to provide for everyone.

There has been a lot of talk about Bayern Munich's Thiago Alcantara joining but defensive midfield is an area of strength with Jordan Henderson and Fabinho, so a move for him might not be the way forward.

One main area they have to look at is left-back. Andy Robertson has been outstanding but they have had to rely on James Milner playing there when Robbo hasn't been available.

That's obviously not Milner's preferred position and Sadio Mane always looks more comfortable when he is playing in front of Robertson.

But they don't need much more and I think it is about getting the right people into the club who are going to fit in with the culture.

Trent Alexander-Arnold has established himself now but he has been surrounded by great professionals like Milner and Henderson and their attitudes have rubbed off.

That will also benefit other up-and-coming players such as Neco Williams and Harvey Elliott, both of whom were involved in the win over Palace.

It's not just about the way players are on the pitch, it's about how they are off it as well and, in both respects, Klopp has a great mix.

And to have Mo Salah back for the Palace game was a massive lift.

Minamino likes to drop deeper and could prove a decent squad player,  but when you are coming up against pragmatic managers such as Carlo Ancelotti and Roy Hodgson, you need someone who is going to do something different to unlock the door and Salah is the master in finding space behind defences.

I thought they were rusty for the first 15 minutes against the Eagles, but then they stepped up. The confidence just flows through the team and the defence had nothing to do.

Liverpool have won the league this year by a country mile and, in a way, some of the credit for that has to go to Manchester City.

That's not necessarily because their mistakes have allowed Jurgen Klopp's side to establish such a huge lead but rather what went on last year.

The fact Liverpool pushed City all the way last season has prepared them well for this year. They were always on their tail.

The Reds won the Champions League and I think the main reason for that was they needed to be absolutely on the ball every week to stay the pace with Pep Guardiola's team in the race for the Premier League.

You see it with Lionel Messi and Cristiano Ronaldo, and with Roger Federer and Rafael Nadal. Great sporting rivals produce great levels of excellence because they have to stay in touch with one another and this is what I can see happening again next season.

There are lots of complications with City's financial fair play issue and the world situation means we don't know what's going to happen, but they can be inspired just as Liverpool has been this year.

One team who definitely look to be heading in the right direction are Chelsea.

It was a massive step up for Frank Lampard taking the manager's job. It's easier at Derby when your reputation as a player means you gain a certain amount of respect and it's not the case when there are World Cup winners in the dressing room.

But I can see them being right up there next season. They needed to boost their forward line but Timo Werner's signing is a huge statement of intent as I don't think they can rely on Tammy Abraham and Olivier Giroud.

I am a big fan of Hakim Ziyech as well and a move for Bayer Leverkusen's Kai Havertz would also be a great option.

So they are buying well and I think Lampard made a great statement of intent when he let David Luiz go and some of the talented youngsters at Stamford Bridge have been able to gain experience.

I can see the Blues making great progress in the next 18 months and they are going to be right up there.

Paul Pogba can be a huge influence on Manchester United

Manchester United look as if they have come out of the break stronger and I would not be surprised at all if they made a lot of progress in the next few weeks.

We could see a new Paul Pogba too.

Early evidence suggests he may have resigned himself to the fact the world situation means no one is going to come in with a big offer for him.

He came on against Tottenham as a substitute last week and you could see he was determined to be the main man. He wanted to have a great influence on the game.

If he can maintain that attitude, then United could go places.

Players in that dressing room will be looking at him and if he shows he is up for the fight, that will give them a huge boost. The last thing they want is to be asking themselves whether he is going to be bothered or not.

I remember that used to be the case when I was at Liverpool. When I saw players such as Robbie Fowler, Steve McManaman and John Barnes up for the battle then it always gave me a massive lift.

Players at United want to be inspired by Pogba and they will be if the midfielder retains the right attitude.

Tough times at Arsenal but players have to stop sulking

I think Mikel Arteta now appreciates the massive job he faces at Arsenal after their limp defeats at Manchester City and Brighton.

It's a big surprise that David Luiz has had his contract extended. I saw Richard Keys tweeting about the trophies Luiz has won but, I'm sorry, that doesn't necessarily mean he's a good player.

Too many Arsenal players are liabilities. They spend too long sulking and don't seem to want to get their hands dirty.

You always find out about players during times of adversity and that's what Arteta is discovering now. They have moved away from what brought them success.

You don't even need to compare them to Patrick Vieira or Emmanuel Petit. They don't even match someone like Cesc Fabregas, who was a proper player.

It is too easy for them to sulk and to get their agents to try to get them a move. It won't be long before Pierre-Emerick Aubameyang is away, and he is just the sort of player they should be looking to build the team around.