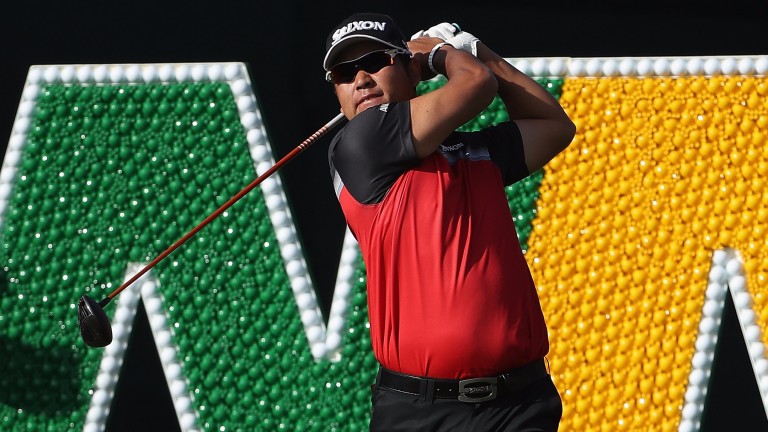 Hideki Matsuyama served up a treat for WGC-Bridgestone Invitational viewers on Sunday, keeping his ball on the proverbial string for 18 holes in a majestic display.

Matsuyama's course-record 61 at Firestone, which sealed a five-shot Bridgestone triumph, has prompted a flood of money for the Japanese beast to win the USPGA Championship. The remaining 12-1 looks on the tight side, but the 3-1 available about hotshot Hideki in the top rest of the world market is much more attractive.

Matsuyama seems almost certain to perform well given the state of his game in Ohio last week. He typically retains his form well, underlined by figures of 1-2-1-1-1-2 from the Japan Open in October to the SBS Tournament of Champions in January.

Matsuyama has progressive Quail Hollow form figures of 38-20-11 from the Wells Fargo Championship and was fourth in the USPGA last year.

The only negative with regards to supporting him outright is the amount of pressure he is under from the fervent golfing nation of Japan, and their desperation for a Major champion. His every move and utterance will be followed and recorded by a media circus.

The tension of the occasion may mean the 25-year-old buckles in the face of title challenges from an in-form American or European. The Yank challenge comprises Jordan Spieth, Dustin Johnson, Rickie Fowler, Brooks Koepka and many others, while the Europeans have a strong hand with Rory McIlroy, Jon Rahm, Justin Rose and more. As for 'rest of the world' threats though? They seem few and far between.

Jason Day and Adam Scott are closest to Matsuyama in the ROW betting, but neither of the Australians has arrived at Quail Hollow with much self-belief.

Day continues to lie in the golfing doldrums by his previously high standards, struggling with every club in the bag, while Scott is bereft of putting confidence and seems to be looking forward to going into golfing exile for paternity leave after this event.

Matsuyama has missed just one cut in his last 22 strokeplay events, winning six of them, and finishing runner-up three times. The stiff tee-to-green test of Quail Hollow is likely to show him in his best light and he should be much shorter than 3-1 for top ROW honours.

The other price which appeals in the tops and specials markets is the 6-5 about Thorbjorn Olesen ending up as top Dane. This is an extremely weak three-runner heat in which Olesen will probably not need to produce fireworks to win.

The course set-up at Quail plays into the hands of Olesen, who has more length at his disposal than veteran duo Soren Kjeldsen or Thomas Bjorn. This soft, 7,600-yard track is likely to prove a slog for the elder statesmen of Danish golf.

Only one player scored better than Olesen at Firestone on Sunday – and that was magnificent Matsuyama. Thunderbear, as Thorbjorn is known by his peers, fired a final-round 65 in the Bridgestone to finish tenth. His eight-under-par weekend effort was a timely confidence booster for the final Major of the season.

Kjeldsen did not qualify for the Bridgestone and has been in ragged form all year, while the injury-ravaged Bjorn has slipped outside of the top 500 in the world rankings and is focused on being European Ryder Cup captain.