Jan-Lennard Struff could have the measure of Millman

Aussie may find improving German too hot on clay 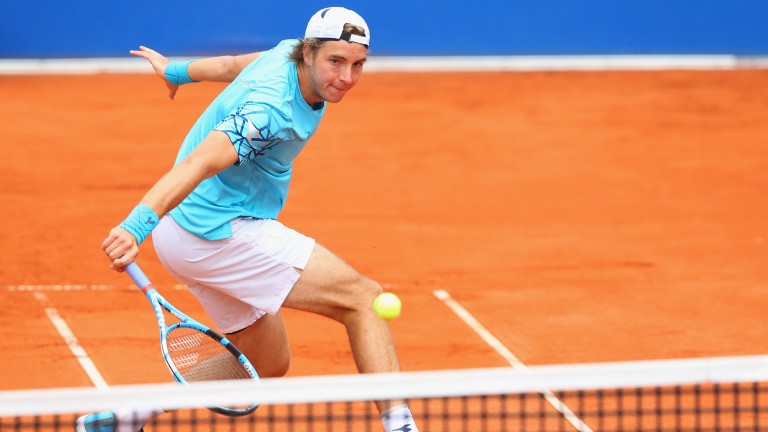 Jan-Lennard Struff has a big opportunity to post a homeland victory
Alexander Hassenstein
1 of 1
By Adrian Humphries 2:11PM, JUL 24 2018

It's obviously difficult to be confident siding with Germans on clay, where Spanish and Argentinian players rule the roost, but Jan-Lennard Struff could have the measure of John Millman on day two of the German Championship.

Max Marterer did not last long when coming up short against compatriot qualifier Daniel Masur on day one, but Struff may be good enough on the slow red terrain to find a way past Millman in Hamburg.

Struff is far from being a winning machine, whether it be matches or titles, but he will have the lion's share of support at the Rothenbaum Club and he has been a pretty steady operator on clay for a few years now.

Millman is having a decent time of it this year and the never-say-die Australian deserves plenty of applause for the way he grinds out wins, but this is a big chance for Struff to set up a clash with top seed Dominic Thiem.

In the inaugural Moscow River Cup Katerina Siniakova, ranked 37th on the latest WTA chart, takes on fellow Czech Kristyna Pliskova, who sits 59 spots beneath her.

Siniakova, 22, has been well supported to defeat her 26-year-old compatriot and the younger player can be considered, but clay would probably not be her best surface and the lower-ranked of the Pliskova twins may not be without a chance of victory.