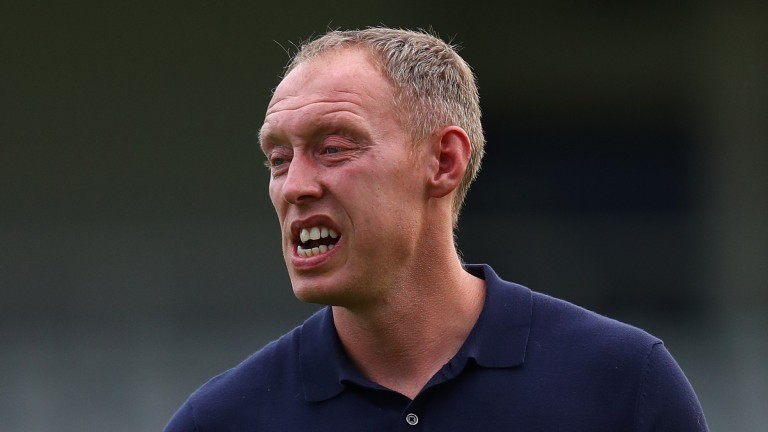 Rotherham have lost all five of their Championship fixtures against the top five in the division, scoring only one goal, and that trend looks set to continue when Swansea visit this weekend.

The Swans, playoff semi-finalists last season, continue to soar in the second tier and their stingy defence is unlikely to offer any gifts to the Millers.

All six of Swansea's away wins this season have been to nil and they have also kept clean sheets in eight of their 13 home matches in the league.

Steve Cooper's side have won four of their last six road games, beating Nottingham Forest, Cardiff, QPR and Barnsley, and that sort of form, coupled with last weekend's 5-1 FA Cup demolition of Forest, suggests another three points are there for the taking at Rotherham.

The Millers claimed an impressive 3-0 win at out-of-form Middlesbrough on Wednesday but Swansea also enjoyed a decent result, drawing 1-1 with red-hot Brentford despite going 1-0 down shortly after Kyle Naughton was sent off.

Jamal Lowe's rich goalscoring form for the Swans has eased the pressure on Andre Ayew and a Rotherham defence who conceded three times against out-of-form Stoke in their last home game could be in for another tough test.

Lincoln opened up a three-point lead in League One thanks to a 1-0 win at Portsmouth on Tuesday but the Imps look too short for their clash with promotion rivals Doncaster.

Pompey had defender Jack Whatmough sent off just before the half-hour mark but Lincoln had to wait until the 79th minute to break down the ten men thanks to a Morgan Rogers goal.

The leaders made hard work of beating Northampton 2-1 in their last home game and drew 1-1 with ten-man Peterborough in their previous fixture at Sincil Bank, where Portsmouth, Bristol Rovers, Sunderland and Shrewsbury have all won in the league this term.

Lincoln may be going well at the top, but fourth-placed Doncaster are in even better form as they hunt an eighth win in nine league games.

They beat the Imps 1-0 in October's reverse fixture, have recorded impressive away wins at Portsmouth and Charlton, and are starting games strongly, leading at half-time in six of their last seven wins.

If Donny can get on top early on against a Lincoln side who have been reliant on late goals recently then they may be hard to peg back.

Accrington are not to be taken lightly in League One and they kick off the weekend just four points outside the playoff places having played five games fewer than sixth-placed Charlton.

However, Stanley face a long and testing trip to Plymouth and, despite being buoyed by Tuesday's 2-0 home win over highflying Hull.

John Coleman's men were good value for that victory, having six shots on target to Hull's one, but they had lost 3-0 to the same opponents a week earlier.

That defeat followed a 1-0 home loss to Gillingham and a 4-0 defeat at League One leaders Lincoln in the EFL Trophy and for all their qualities Accrington are not entirely trustworthy away from home.

They lost 2-1 at bottom club Burton early in the campaign and went down 4-3 at struggling Wigan on December 12 so in-form Plymouth look a nice price to take the points.

Argyle have won seven of their 13 home league games and come into this fixture after impressive away wins at Sunderland (2-1) and Swindon (2-0).

They have found the net in each of their last ten games including a 3-2 FA Cup win at Huddersfield and a 2-1 fourth-round defeat at Sheffield United and could cause problems for their inconsistent visitors.

Banker
Norwich
The Championship leaders are bidding for a fourth straight league win and they should get chances against a Middlesbrough side rocked by a 3-0 midweek home defeat to struggling Rotherham.

Blowout
Derby
The Rams are on the rise under Wayne Rooney but they have still scored only twice in five games in 2021 and visitors Bristol City have won five of their last seven in all competitions.

Tuesday's FA Cup tie between Bournemouth and Crawley featured a welcome blast from the past.

Less of a blast, in fact, than a 20-yard shot guided into the bottom corner to provide Jack Wilshere with his first goal in 518 days.

I should declare an interest here. Having attended Arsenal's 2011 win over Barcelona – the equivalent of the Sex Pistols' seminal 1976 gig at Manchester's Lesser Free Trade Hall for Wilshere watchers – I regard Jack's career as one of the great 'what ifs' of modern football.

What if the player who made his Arsenal debut at 16 and his first England appearance at 18, as a substitute for Steven Gerrard, had been blessed with more robust ankles? And could there still be a happy ending to Wilshere's story?

In the best-case scenario this lightly-raced 29-year-old may only be at the midway point of his career.

After a full pre-season, he could start the new Premier League campaign strongly, demonstrating the vision and technical ability that made him such an outstanding teenage prospect, and over the next decade he might become a Gareth Barry or James Milner-style elder statesman of the top flight.

Admittedly it's a long shot but they say good things come to those who wait.