Jaguares may be forced to work by Perth visitors 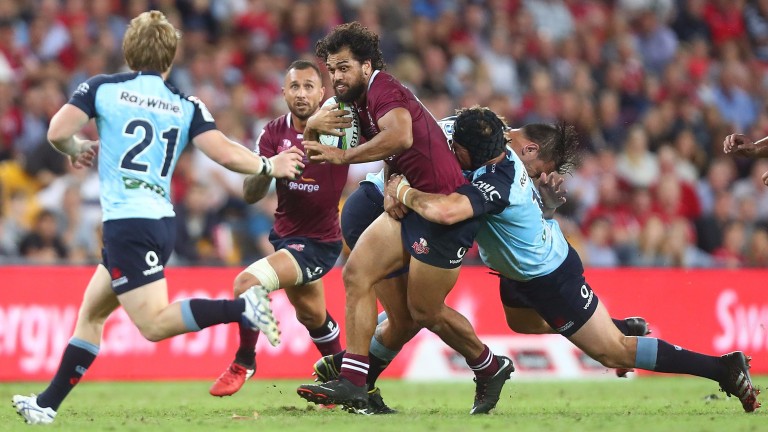 These teams have just three wins between them in a desperately poor Super Rugby campaign for the Australian franchises but the Queensland Reds should have just enough of an edge in attack to overcome the Rebels in Melbourne.

The Reds earned their second victory of the campaign against the Kings last month, and that was followed by a hard-fought three-point defeat to the Waratahs.

Hopes of an upturn were brought crashing down by a heavy loss at the high-flying Chiefs, but the New Zealand sides have been a cut above and this looks a less daunting assignment.

The Rebels won their last clash with a fellow Australian side, edging the Brumbies 19-17 a month ago, and followed that up with a creditable draw with the Sharks in Durban.

But two heavy defeats since will have left confidence low and the Reds, with full-back Karmichael Hunt returning from injury to add to the attacking strength of skipper Samu Kerevi and the playmaking of Quade Cooper, the visitors should have too much.

Los Jaguares ended a run of four defeats by beating the Sunwolves in Buenos Aires last week but they needed two tries in the last ten minutes to seal the win.

The Western Force have won just two matches this season, both of those at home in Perth, but they have been reasonably competitive and five of their seven defeats have come by single-figure margins.

This is their first visit to Los Jaguares’ intimidating Velez Sarsfield stronghold, but the Argentinian side have leaked 72 points in their last two matches at the venue and their defence was opened up far too easily against the Sunwolves.

The Force will have their work cut out after the long trip from Perth via Durban, and coach Dave Wessels has made a few changes to his starting line-up, but at the prices backing another narrow defeat looks the best value.

Recommendation
Jaguares to win by one to 12 points
1pt 5-2 Coral, Ladbrokes

In Saturday's two non-televised games the Bulls are given a 13-point start for their home clash with the Highlanders in Pretoria (2.05pm), while the Sharks are 13-point favourites against the Kings in Port Elizabeth (4.15pm).