"Jack Grealish is in the world's top ten player"

Gabby Agbonlahor is full of praise for Aston Villa's captain 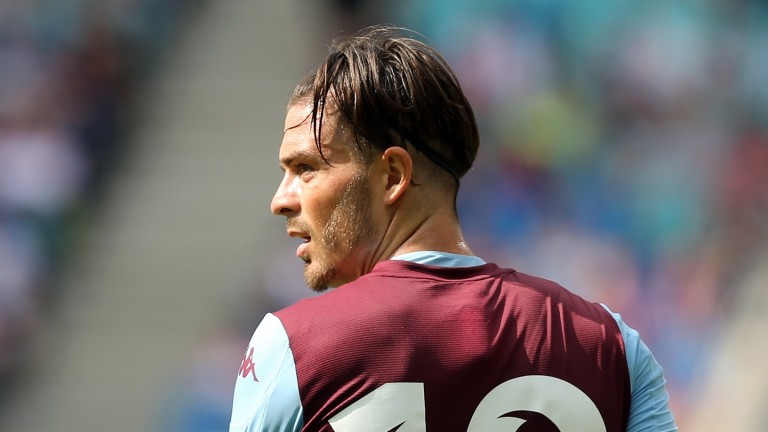 Gabby Agbonlahor believes Jack Grealish is currently one of the "best ten players in the world" as Aston Villa look to continue their fine start to the season at home to Crystal Palace on Boxing Day.

Agbonlahor, who spent his entire career at Villa and was a guest on this week's Racing Post YouTube show Different League in association with Betfred, is convinced Grealish is capable of mixing it with the elite having been linked with Manchester City, Manchester United and Liverpool.

Grealish has dazzled in the Premier League and forced his way into Gareth Southgate's England set-up with former Three Lions international Agbonlahor saying: "I think he could go even bigger than some of the clubs mentioned - Bayern Munich, Real Madrid or Barcelona.

"There is no limit to his talent and he is currently in the top ten players in the world.

"We know Villa are lucky to have him and thankfully we have tied him down to a five-year deal so he is trapped with us!

Villa will have a fight to keep their star man, but Agbonlahor is hopeful Grealish's links to the club will negate the need to move on.

"He enjoys it at Villa," insisted Agbonlahor.

"It's his hometown club, he is the captain, the team is played around him and Jack has a free role, while also being close to friends and family.

"I have said I think Villa will finish 12th or 13th but crazier things have happened than fighting for a European spot which will hopefully help to keep him."

Agbonlahor also discussed on the show the future of Arsenal manager Mikel Arteta and previewed all of this weekend's big Premier League matches.