It's make or break time for QB Goff 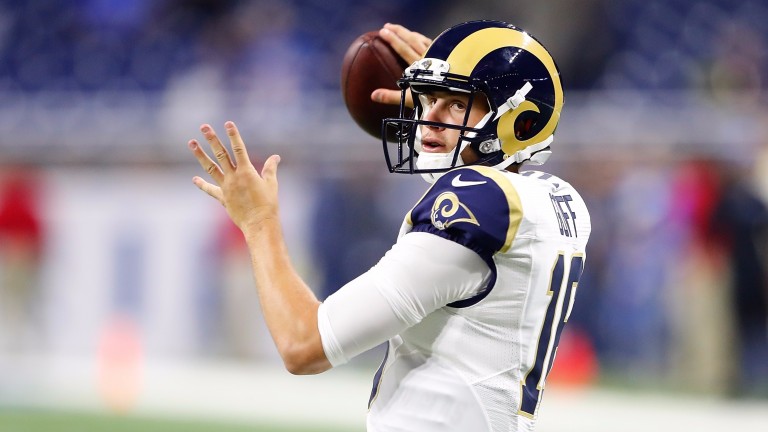 There's something of a freak show at the LA Coliseum on Sunday night as the Rams finally unveil their number one draft pick Jared Goff at quarterback.

The Rams handed over a treasure chest of picks to trade with Tennessee to get the top pick, but Goff looked so overwhelmed in pre-season action that the Rams have held him back.

The signs aren’t good for Rams fans that it took this long for coach Jeff Fisher to turn to Goff given how badly veteran starter Case Keenum has struggled.

The Rams are the lowest-scoring team in the league and have not scored more than ten points in their last three games.

Miami would have been the pick to cover the handicap but a rash of injuries on their offensive line has come at a bad time.

The points line is low, with good reason, as LA are better equipped than most to slow Miami running back Jay Ajayi and the biggest threat to unders backers could be defensive touchdowns.