Expect Wales to pull away late on for comfortable victory 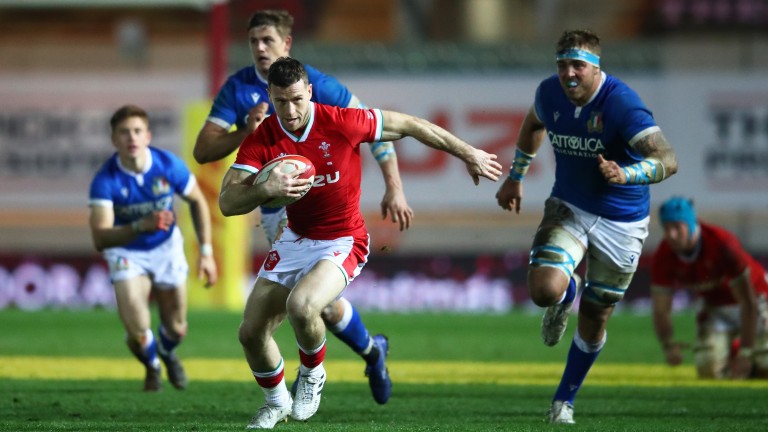 Wales scrum-half Gareth Davies breaks through to score a try against Italy in the Autumn Nations Cup
Michael Steele
1 of 1
By Rob Sutton 5:00PM, MAR 12 2021

When Wales rounded off 2020 with a 38-18 win over Italy in December not even the most optimistic Welsh fan could have expected to have already secured the Triple Crown and be two victories from a Grand Slam the next time they would come up against the Azzurri.

That victory last December was comfortably Wales's best effort of a dreadful autumn campaign but their 2021 form has been excellent.

Much was made of the fact that both Ireland and Scotland had players sent off in their opening matches, and of refereeing decisions against last time out, but they thoroughly deserved the result when they dismantled England 40-24 in Cardiff a fortnight ago.

Wayne Pivac's side executed a fine game plan that exploited England's weaknesses and were full value for the win, their biggest over England since 2013.

It leaves Wales two wins away from the Grand Slam and despite the fact that they will only have a seven day turnaround before they travel to Paris for their final match, Pivac has resisted the temptation to rotate his squad.

There are only two changes to the side who started against England, which is in stark contrast to the last time Wales travelled to Rome in 2019.

On that occasion, coach Warren Gatland made 11 changes and nearly came unstuck before a late try eventually sealed a 26-15 victory.

Fixtures between these two have often followed a familiar pattern with Wales pulling away in the final quarter. Both the 61-20 victory in 2015 and the 33-7 win in 2017 saw Wales given a scare before a scoring spree late on made the final score appear more comfortable than the game had been.

A similar pattern could occur in this one.

Italy have had some positives in the tournament but they are still winless, having conceded 139 points in their three games, and they are heading for a 16th wooden spoon in their 21st year of competing in the Championship.

Wales are likely to head to Paris next weekend aiming to secure their second Grand Slam in three years and the margin of victory could well be closer to their 2015 and 2017 visits to the Stadio Olimpico rather than the closer victory in 2019.

Wales have won the last 15 internationals against Italy, a run stretching back to 2007.

FIRST PUBLISHED 5:00PM, MAR 12 2021
Italy have had some positives in the tournament but they are still winless, having conceded 139 points in their three games