Italy v England player profiles: The 22 stars who can decide the Euro 2020 final 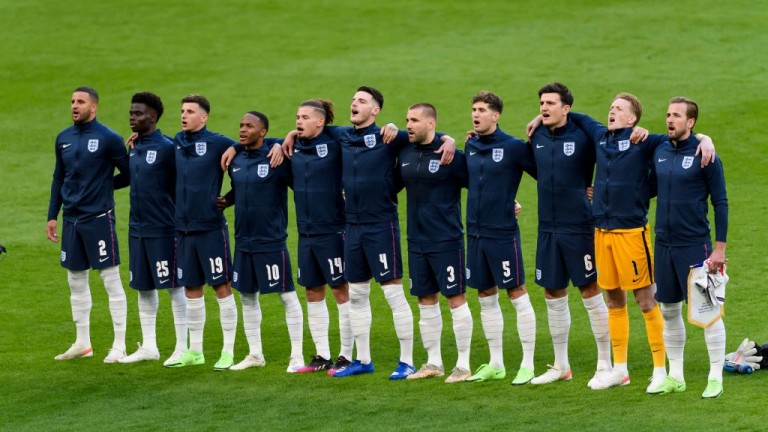 England could keep faith with the same starting line-up from the semi-final
DeFodi Images
1 of 1
By Dan Childs UPDATED 11:45AM, JUL 10 2021

Gianluigi Donnarumma (goalkeeper)
One of the best keepers in the tournament and came up with the key penalty save to deny Alvaro Morata in the semi-final shootout.

Giovanni Di Lorenzo (right-back)
Started the tournament on the bench but replaced injured team-mate Alessandro Florenzi at half-time in the 3-0 success over Turkey. Was switched to the left side during the semi-final against Spain.

Leonardo Bonucci (centre-back)
Classy defender with vast experience (108 caps) and a serial winner, who has been part of eight Scudetto winning teams across two spells with Juventus.

Giorgio Chiellini (centre-back)
Rugged long-term centre-back partner of Bonucci for club and country. Loves to defend and makes up for a lack of pace with superb positional play.

Emerson Palmieri (left-back)
Got his chance after the injury to outstanding left-back Leonardo Spinazzola and is better suited to bombing forward than defending. Substituted after 73 minutes against Spain and a potential weak link.

Nicolo Barella (midfielder)
One of the most underrated players in the team. An all-action midfielder with excellent vision and an eye for goal.

Jorginho (midfielder)
The man who makes Italy tick with 399 completed passes in the tournament, the third highest of any midfielder behind Spanish duo Pedri and Koke.

Marco Verratti (midfielder)
Creative, energetic midfielder, who has been instrumental in Italy's long unbeaten run but he faced a fitness battle leading up to the tournament and has been substituted in each knockout match.

Federico Chiesa (Right forward)
One of the breakthrough players at the tournament, who delivered outstanding goals at vital moments in clashes against Austria and Spain.

Ciro Immobile (Striker)
Started the tournament like a house on fire but his energy levels seem to have dropped in the knockout rounds and he lasted just 60 minutes against Spain.

Lorenzo Insigne (Left forward)
His goal against Belgium was one of the sweetest strikes of the tournament and he poses a threat to England with his clever link-up play and ability to score a goal out of nothing.

Jordan Pickford (Goalkeeper)
Set a new record by becoming the first goalkeeper to post clean sheets in five successive Euros matches but has a mistake in him and should have saved Mikkel Damsgaard's free-kick.

Kyle Walker (right-back)
Has suffered from lapses of concentration in the past but was one of the unsung heroes against Denmark by filling in the spaces left by roaming centre-backs John Stones and Harry Maguire.

John Stones (centre-back)
Had an excellent season for Manchester City and has taken it into the tournament. The only England defender to start all six games.

Harry Maguire (centre-back)
Gareth Southgate waited for Maguire to prove his fitness and has been rewarded with the Manchester United man defending superbly and added an extra dimension with his intelligent distribution.

Luke Shaw (left-back)
Must have felt a bit miffed when right-footed Kieran Trippier took his place against Croatia but responded superbly and is up there with Spinazzola as one of the best left backs at the Euros.

Kalvin Phillips (holding midfielder)
Bundle of energy who has taken to major tournament football like a duck to water but has room for improvement with his passing range.

Declan Rice (holding midfielder)
Hasn't always been fully appreciated by the fans but offers excellent protection to the back four and went the extra mile against Denmark with a performance full of energy and maturity.

Bukayo Saka (right forward)
Needs to work on his final ball but has shown a fearless attitude and been involved in key moments such as the equaliser against the Danes.

Mason Mount (number ten)
Always on the move and his energetic performances are a must for Southgate, who wants his England team to press at the right times and win the ball in dangerous areas.

Raheem Sterling (left forward)
The man most responsible for England's presence in a first major final in 55 years and a worthy favourite to be named player of the tournament.

Harry Kane (Striker)
Started slowly as a consequence of being starved of quality service but has shown his class and will be looking to top the scoring charts for a second successive major tournament.