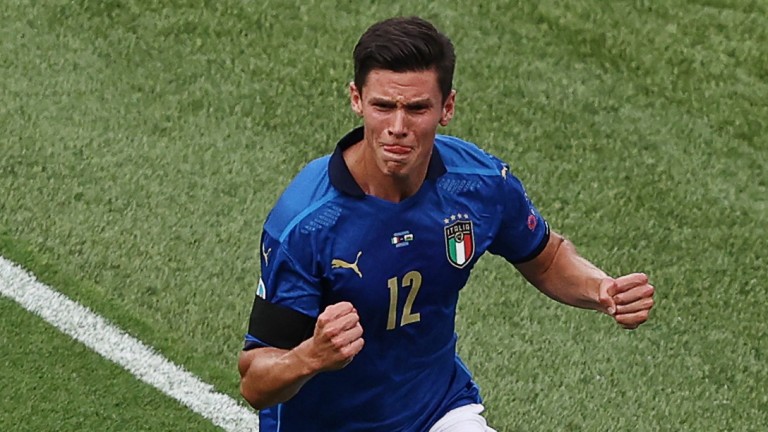 Wales confirmed their place in the knockout phase of Euro 2020 on Sunday night despite being losing 1-0 to Italy in their final group match in Rome.

The Dragons' rivals for second spot Switzerland were 3-1 victors over Turkey in Baku but a superior goal difference was enough for Robert Page's men to secure the runners-up berth in Group A.

Matteo Pessina opened the scoring for the Italians in Rome after he headed home from Marco Verratti's free-kick after 39 minutes.

Things looked ominous for Wales after Ethan Ampadu was sent off for a mistimed tackle ten minutes into the second half but the Dragons produced a spirited performance to keep the Azzurri at bay for the remainder of the contest.

The Welsh will now travel to Amsterdam for a last-16 tie against the runners-up in Group B which draws to a close on Monday.

Bookmakers reacted by clipping Wales, who enjoyed a glorious run to the semi-finals of Euro 2016, into 75-1 from a pre-match 90-1 to be crowned European champions.

Victory in Rome confirmed Italy as group winners as they justified pre-tournament odds of 4-7 to top the section. Roberto Mancini's men will face the runners-up in Group C - either Ukraine or Austria who meet in Bucharest on Monday - at Wembley in the last 16.

In the other Group A game, Xherdan Shaqiri scored a double as Switzerland ran out easy 3-1 winners over a disjointed Turkey side in Baku. Defeat confirmed Turkey's position at the bottom of Group A which was a 5-2 chance before the tournament started.

While Switzerland could not overhaul Wales and finish second, they are 1-50 with bet365 to progress to the knockout stage as one of the four best third-placed sides. Both third-placed sides who finished with four points at Euro 2016 - Slovakia and Ireland - progressed to the last 16.