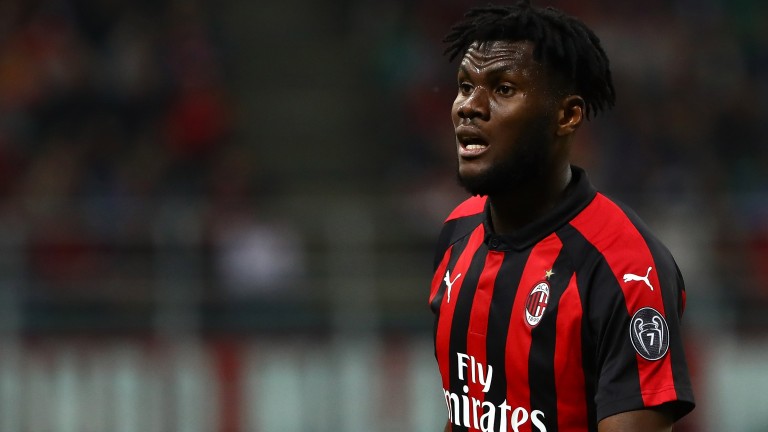 Milan have no room for error in the battle for a top-four finish but they can stay in the hunt by defeating Fiorentina at Stadio Artemio Franchi.

It has been another tough season for Milan, who are reportedly looking to rebuild with a major summer spending spree.

But they are 19 points superior to Fiorentina, who haven't won since February.

Key stat
Fiorentina have not won any of their last 13 matches.

Lazio's Serie A top-four hopes disappeared with a 3-1 loss at home to Atalanta on Sunday and they could be heading for another defeat when they take on mid-table Cagliari in Sardinia.

Nobody outside of the top eight has a better home record than Cagliari, who have amassed 30 of their 40 points on native soil.

They should make life tough for Lazio, who have lost on two of their last three league road trips.

Atalanta took a giant step towards Champions League qualification by winning 3-1 at Lazio on Sunday and they can further cement their top-four position by beating Genoa.

The match comes just four days before Atalanta face Lazio again in the Coppa Italia final but full focus should be expected from Gian Gasperini's side, who should breeze past their relegation-threatened opponents.

Key stat
Atalanta are unbeaten in their last 12 games.