Israel may not be complete pushovers for Northern Ireland

Impotent attacks could struggle for goals 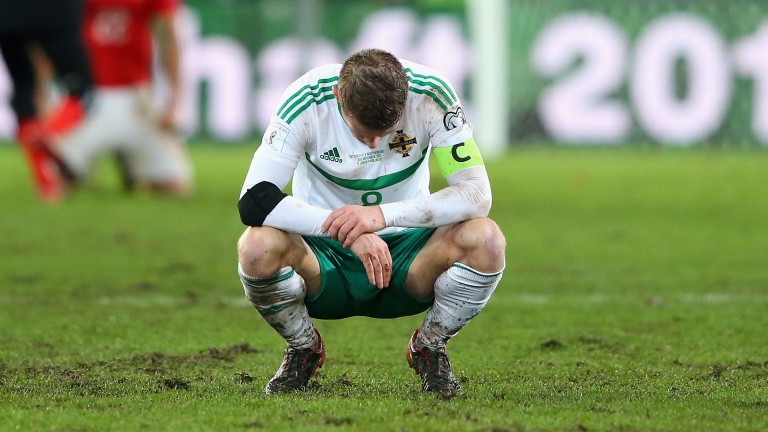 Luckless Northern Ireland got no reward for a decent performance against Bosnia on Saturday but it doesn’t necessarily follow that a similar effort will be too good for an inferior Israel.

Northern Ireland are the higher-ranked side and Saturday afternoon’s display against Bosnia was certainly impressive for long periods, while Israel are in rotten form under a new manager.

But Michael O’Neill will ring the changes and the Green & White Army will be accordingly weaker.

Israel remain no great shakes but they have a point to prove to new boss Andreas Herzog, the former Austrian international whose first match in charge was a 1-0 loss in Albania.

There was little to choose between the countries but a lack of firepower is hurting Israel, who have won just one of their last nine and scored only two goals in their last seven.

Northern Ireland are also in poor form in terms of results – they have won just one of their last eight.

But included in that sequence are heartbreaking World Cup playoffs against Switzerland and Saturday’s encouraging workout.

A lack of goals is also proving Northern Ireland’s undoing – they have bagged just three in their last seven.

The temptation is there to back another low-scoring game, although  the days when going under 2.5 goals in any Northern Ireland fixture came with almost a guarantee of a payout are long gone.

Israel
Midfielder Nir Bitton is out with a knee injury. Defender Shir Tzedek withdrew with injury before the Albania game. Eran Zahavi is a doubt.