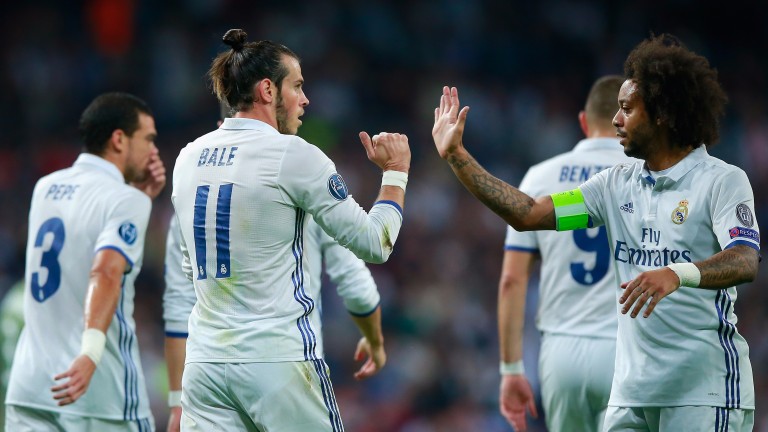 Real Madrid celebrate a goal against Legia Warsaw at the Bernabeu
Getty Images
1 of 1
By Joe Champion 5:07PM, NOV 2 2016

Legia Warsaw have been totally outclassed in Group F and there is no reason to think they can improve when they host reigning champions Real Madrid this on Wednesday evening.

The Polish club have shipped 13 goals in just three group games so punters won’t be rushing to take the 28-1 on offer about them causing a huge upset.

Real dominated Legia from the outset at the Bernabeu as they recorded a 5-1 win and it looks like a case of when, rather than if, as far as Los Blancos finding the net is concerned. Goal-time markets are understandably prohibitive and it might be easier to focus on who will find the goals.

Real Madrid’s attacking trio of Cristiano Ronaldo, Karim Benzema and Gareth Bale are obvious picks but Isco, who scored a brace against Real Betis in the league recently, is an option at a bigger price.

Recommendation
Isco to score at any time
1pt 4-1 Betfred