England can come out on top in physical contest 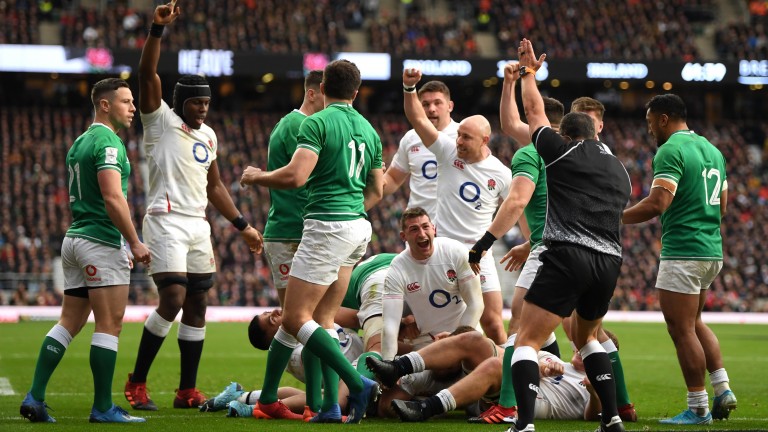 Ireland coach Andy Farrell has called on his players to show courage in their final showdown against England, and it certainly looks as if this won’t be one for the faint-hearted.

Clashes between Ireland and England have a reputation for being physical, hard-fought and close, and just because both teams are out of the title running, don’t expect any let-up.

This is a pivotal match for both teams, who have identical records of two wins and two defeats, as it will tip the balance between a winning and a losing campaign and both nations will want to end on a high note.

After opening defeats against Wales and France, Ireland levelled the ship with a big win over Italy in round three, but a nervy win over Scotland last weekend has allowed doubts to creep in again.

They have mostly been targeted at Ireland’s lack of attacking spark in this campaign and their continued reliance on a kicking game that many believe will play straight into England’s hands.

England have a big pack who will look to keep possession, and a dangerous back three who will happily run back anything that is kicked away to them. However, England have also not shown a great deal of variety or creativity in attack, and the numbers pitch the teams close together.

Both have scored ten tries, and while critics of Farrell’s conservative style are bemoaning attacking stats of an average of four offloads per game and 5.3 line breaks, England’s returns of 4.5 and 5.8 are little different.

England have the upper hand in current form and recent success, winning the last three competitive meetings - four if you include a Rugby World Cup warm-up - but there has rarely been much in it.

The teams met twice in 2020 and England were victorious at Twickenham on both occasions, winning 18-7 in the Autumn Nations Cup and 24-12 in the Six Nations. The last nine competitive meetings have all been decided by a margin of no more than 12 points - six in England’s favour, three for Ireland, and only once in the last 14 head-to-heads has the points total exceeded 40.

From every angle, and with so much at stake for both coaches, this jumps out as a physical, attritional, low-scoring game and England look best equipped to emerge as narrow winners.