Ireland may have to dig deep against the French 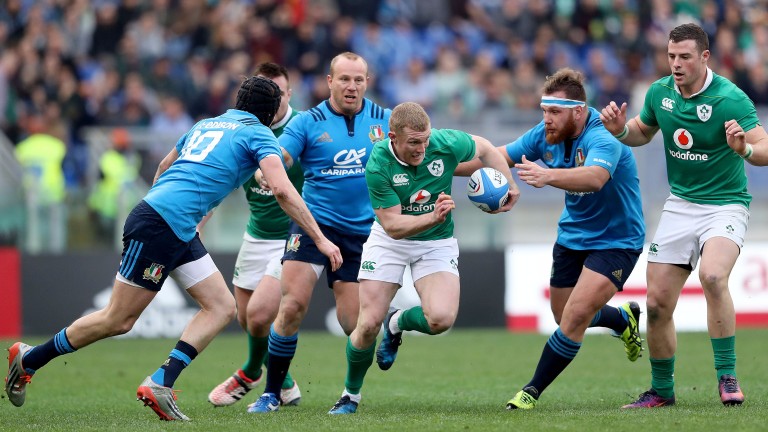 Ireland have had to wait until round three of the 2017 Six Nations for their first match at Dublin's Aviva Stadium and they will need every scrap of home advantage that affords to get past a French side who look far more settled and dangerous than predicted.

The old line about which France will turn up on the day may not apply as coach Guy Noves has made minimal changes and sticks with the same half-back partnership of Baptiste Serin and Camille Lopez for the third successive match.

And Les Bleus are also boosted by a week's rest as, unlike in past years, their players were not required to turn out for their clubs in the Top 14 last week.

The good news for Ireland is that first-choice fly-half Johnny Sexton has been passed fit to start his first match of the championship. Ulster's Paddy Jackson has performed well in his place but there has been a noticeable lack of width to Ireland's game without Sexton there to pull the strings.

Ireland's performances have been hard to judge as they were clearly not on their game in the opening half an hour of their first match against Scotland but clawed back the lead only to be sunk by two late penalties. Their record-breaking 63-10 victory in Rome a fortnight ago came against an Italy team who were all over the place defensively.

It may take a little time for the hosts to get into their stride and France are sure to make things as tough as they can with a big physical showing from the first whistle.

Les Bleus have mixed it up well this month as their forwards have put in dominant displays but they have injected plenty of pace into their game too. They made 16 offloads in the win over Scotland two weeks ago, although that part of their game may have to take a back seat today if conditions are greasy.

Indeed, despite the ambition of both sides, the opening exchanges look set to be cagey. France are offered a seven-point handicap start but a better wager may be that they are within four points by half-time.

Ireland lead the way in the try charts with a tally of 12 thanks to their round-two blowout against Italy, and winger Keith Earls is one of three players to have bagged three scores.

Given his form and the extra dimension Sexton looks set to bring to Ireland's game, the Munster man looks worth backing at 9-4 to get on the scoresheet again.