Iranian delight in Group B opener 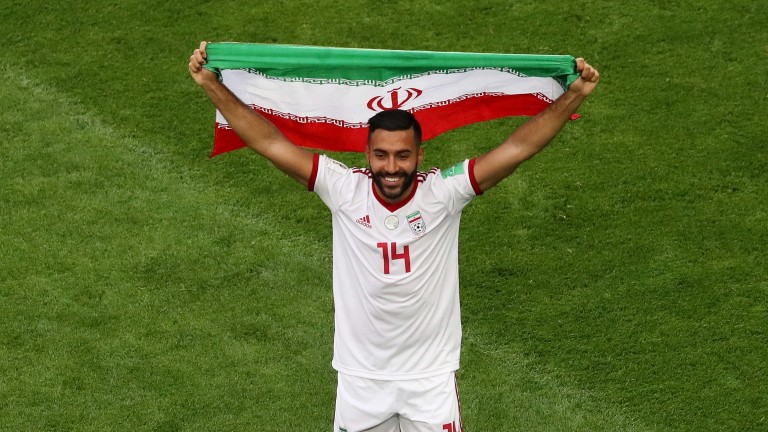 1 Front man frustrations cost Morocco
In a testing group, Morocco knew victory over Iran was paramount to their chances of progression but their finishing and final balls were unconvincing and the mounting pressure broke them at the death.

They focused their play down the flanks with the likes of Hakim Ziyech, Achraf Hakimi and Amine Harit but failed to make use of imposing forwards Ayoub El Kaabi and substitute Aziz Bouhaddouz with their wayward crossing.

The Atlas Lions amassed 69 per cent possession and 13 shots but the absence of a killer final ball denied them.

2 Expect cards from the Iranians
The match produced four bookings, three of which were awarded to Iran, and Carlos Queiroz’s side are likely to rely on a similarly scrappy style against Spain and Portugal.

Team Melli were caught by the pace and movement of Morocco's more creative outlets at times and they consequently committed fouls high up the field to shield their rearguard.

This is likely to be more prominent against stronger opponents where their lack of flair could be further exposed.

3  Iran game plan makes them a danger
Under Queiroz, Iran have always had the same plan and they executed it perfectly in Saint Petersburg.

The Iranians were industrious in sitting back, breaking down opposition attacks and translating them into counter surges and the absence of holding midfielder Saeid Ezatolahi did not show.

They lost Alireza Jahanbakhsh, arguably their best player in the game, to injury in the 85th minute but rallied hard and stuck to the game plan with their reliance on set-pieces paying dividends late on.

Portugal and Spain will need to be careful not to underestimate Iran in their remaining group games.