Ipswich could ensure another troubling trip for Tricky Trees 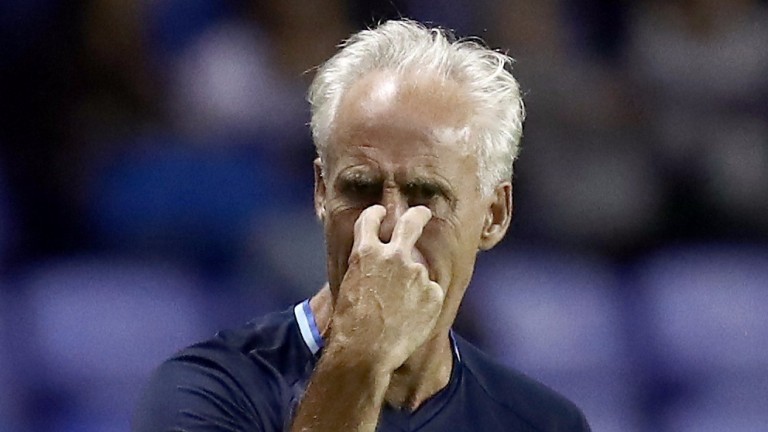 The Sky Bet Championship season began promisingly for Ipswich, 4-2 winners over Barnsley on the opening day, and Nottingham Forest, who beat Burton 4-3 in their first game.

However, that early-season optimism is a distant memory now and neither camp can feel particularly confident about this weekend's Portman Road clash.

Ipswich scored four goals in the second half against Barnsley but have found the net only ten times in 15 subsequent league matches.

Things might have been even bleaker for Town but for a couple of late goals in their last two games. David McGoldrick struck in injury-time to clinch a 2-2 draw with strugglers Rotherham in their last home game while defender Luke Chambers scored an 87th-minute winner at Sheffield Wednesday just before the international break.

Nottingham Forest
Michael Mancienne is fit again and Dani Pinillos may return after almost a year on the sidelines. Hildeberto Pereira starts a ban while Nicklas Bendtner and David Vaughan are unlikely to feature.

Mick McCarthy will be hoping his side can show the same spirit today and Nottingham Forest’s away record should provide a morale boost for the home side.

They have lost their last four on the road, picking up just two points from a possible 18 away from the City Ground this term, although scoring goals hasn’t been a problem – both teams have found the net in 12 of Forest’s last 13 league games.

Only bottom club Rotherham have conceded more goals than Forest’s 30, though, and Ipswich should be more prolific with McGoldrick, Jonny Williams and Teddy Bishop fit again.

They have scored twice in three of their last four games – the exception was a 3-0 defeat at title favourites Newcastle – and over 1.5 home goals is an appealing bet.