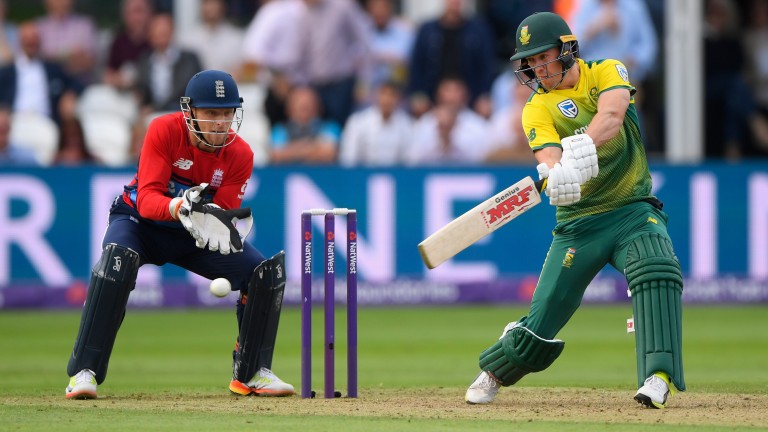 Rajasthan Royals need to win their last two matches to have any hope of making the playoffs in the Indian Premier League but their chances may well be scuppered by bottom-of-the-table Royal Challengers Bangalore.

Virat Kohli’s men, two points behind Rajasthan, won’t be featuring in the post-season games after a shocking start to the campaign.

However, they are adding a veneer of respectability to their league record – all four of their wins this season have come in their last six fixtures and they have been victorious in three of their last four games.

Kohli, Parthiv Patel and AB de Villiers are in good form with the bat while Marcus Stoinis has played some decent late cameos, making 211 runs and being dismissed only three times in nine innings.

In their last two home games, Bangalore held their nerve to beat highflying Chennai by one run before posting 202-4 to see off Kings XI Punjab.

Like Bangalore, Rajasthan have won three of their last four games despite the disruption caused by the departures of England’s
Jofra Archer, Jos Buttler and Ben Stokes.

Lancashire’s Liam Livingstone marked his second appearance with a rollicking 44 off 26 balls against Hyderabad on Saturday and he is 7-2 to top-score with opening partner Ajinkya Rahane 3-1 favourite.

Archer’s unbeaten 27 off 12 balls powered Rajasthan to an unlikely victory in Kolkata but most of their better performances this season have come at their Jaipur base.

Bangalore have been playing some improved cricket with the pressure off and Kohli will demand a committed display from his side in front of their own fans.