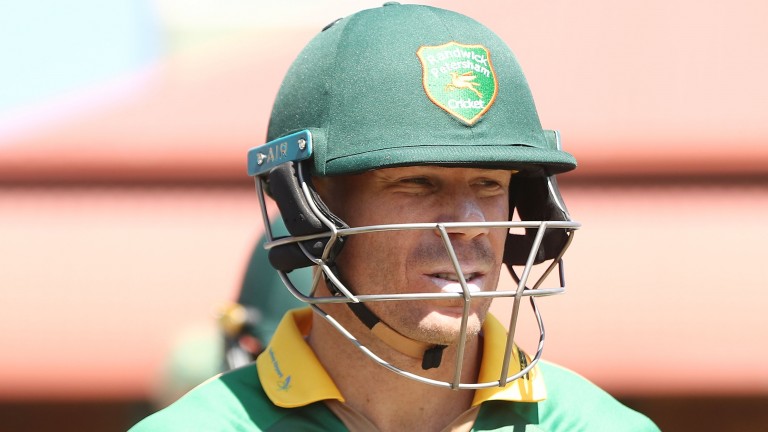 Hyderabad have IPL 2019 destiny in their hands but the fourth-placed Sunrisers are likely to struggle when they visit Mumbai Indians after the departure of World Cup-bound Jonny Bairstow and David Warner.

Warner said goodbye with a brutal 81 against Kings XI Punjab on Monday which helped to lift the Sunrisers into the playoff places and that performance only served to underline just how important he is to the Hyderabad cause.

The 32-year-old has clubbed 692 runs from 12 innings this season, comfortably the most of any batsman in the competition and struck up a powerful opening partnership with Bairstow, who scored 445 runs before returning to England.

Wriddhiman Saha opened alongside Warner against Punjab but the veteran keeper-batsman will have a different partner in Mumbai, with Kiwi pair Kane Williamson and Martin Guptill looking most likely candidates to join him at the top of the order.

Mumbai need to win only one of their two remaining matches, both of which are at home, to secure a playoff spot and will fancy their chances of getting over the line against Hyderabad.

Of their available batsmen, only Manish Pandey has notched a score in excess of 40 runs this season for the Sunrisers and, with so much uncertainty in the composition of the top order, it makes sense to back Mumbai to score the most runs in the powerplay overs.

Lancashire have won four One-Day Cup matches in succession and will be looking to further their bid to reach the knockout stages with a victory over Derbyshire at Old Trafford.

Veteran batsman Steven Croft has scored 375 runs in five innings for the Lightning, including 99 against Durham on Tuesday, and he is a value bet at 4-1 to top the scores against for the hosts.