Inverness can be relied on to extend winning cup run

Queen of the South may cause Motherwell problems 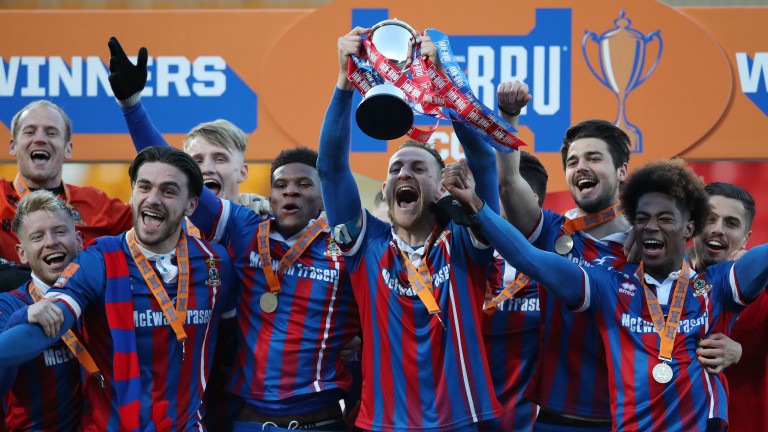 Inverness won the Challenge Cup last season and are in fine form this term
Ian MacNicol
1 of 1
By Mark Walker 8:00PM, JUL 23 2018

With a host of short-priced favourites on the card, it's not easy to locate the value but John Robertson's side are one team who may have been underrated by bookmakers.

Caley Thistle have romped to a couple of bloodless wins in the competition, beating Highland League champions Cove Rangers and Cowdenbeath, the worst side in Scottish football last season.

They face a tougher task against Raith Rovers but should still have too much quality for the Ladbrokes League One outfit.

Rovers gained a creditable draw against Hearts on Saturday, but they had to defend for most of the game and that performance must have taken its toll on a squad already depleted by injuries.

The Highlanders should be fresh for the encounter and can be relied on to get the job done.

Queen of the South are full of confidence after a terrific start to the season and they can cause Motherwell problems at Fir Park.

The free-scoring Doonhamers have netted 12 goals in three games with striker Stephen Dobbie grabbing seven of them.

Well could only draw at Stranraer on Saturday and South could be worth a go on the double-chance market.