Eriksen could be the man to break Ireland hearts

Great Dane can lead the way 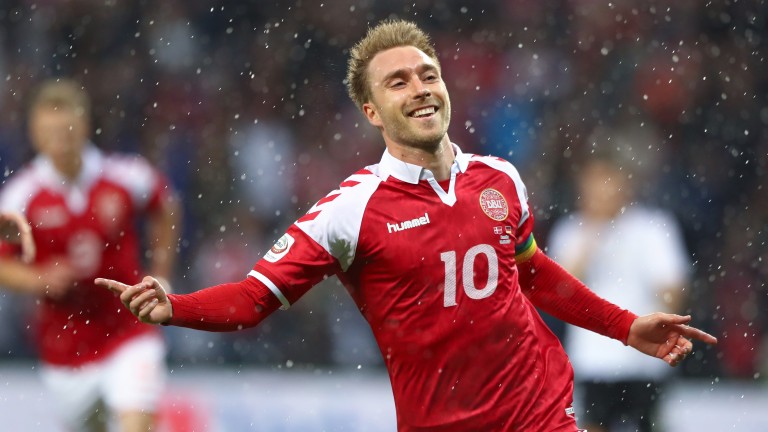 Football is a team game but it could be argued one man stands between Ireland and a place at the World Cup finals.

Christian Eriksen has been dynamite for Denmark in their strong finish to World Cup qualifying and he could once again be the difference in their playoff first leg in Copenhagen.

Ireland were more than satisfied to draw Denmark, who are perceived by some as the weakest of the seeded nations, but Martin O'Neill's men will need to once again show nerves of steel against a team with more individual talent.

O'Neill's side have done that before and they could do so again, although it may be back in Dublin with the support of the crowd where Ireland do their best work because this remains a tough tie and Denmark are deservedly seen as the more likely to progress.

Denmark are unbeaten since early-campaign defeats more than a year ago against Poland and Montenegro when, crucially, Eriksen was struggling to find his best form for Tottenham.

It's hard to think back given how integral he is now but Eriksen scored in only one of his first 17 appearances for Spurs last season and that came with a double against Sky Bet League One side Gillingham.

Eriksen has been in much better shape for his club, scoring against Everton, West Ham, Bournemouth and Real Madrid and has taken on a huge amount of responsibility for Denmark.

Since those successive defeats, Denmark have played seven qualifiers, winning five and drawing two, and a 4-0 success over table-toppers Poland gave the clearest indication yet of an upturn in fortunes.

Eriksen, the penalty and free-kick taker, has scored in six of those matches and from his number ten role he is by far the man Ireland need most to somehow nullify.

That, however, is easier said than done and the playmaker can take advantage of David Meyler's suspension by scoring first.

Ireland unquestionably have the spirit, even if they concede first, to remain competitive despite some shocking performances in qualifying such as the 1-1 draw in Georgia.

O'Neill's men are proven course-and-distance performers having seen off Bosnia for a place at Euro 2016 and during the finals they landed a must-win victory over Italy to reach the knockout phase.

They needed to win in Wales last month and did just that thanks to a James McClean effort when their football was far from pretty but the result trumped any discussions over style of play.

McClean and Robbie Brady are dangerous counter-attacking weapons and the visitors are sure to be well-drilled by O'Neill, although their lack of a talent like Eriksen could be the ultimate difference.

Ireland
David Meyler is suspended for the first leg but Stephen Ward and Jeff Hendrick have overcome injury concerns.