Euro 2020 Golden Boot: who will top the scoring charts this summer?

The top ten contenders in the spotlight 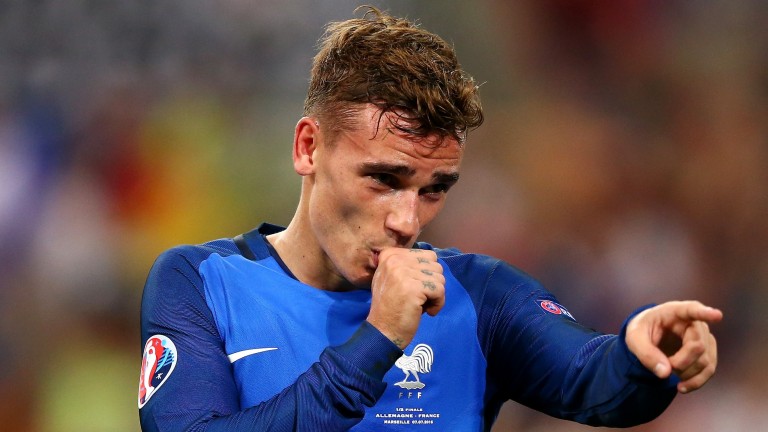 There have been seven different winners of the last eight European Championships and bookmakers are anticipating more variety in the delayed 2020 tournament with England and Belgium, two yet to be successful, vying for favouritism.

Seven nations are quoted at single-figure odds, highlighting the strength in depth, and locating the tournament winner can also be a useful starting point when attempting to unearth some value in the top scorer betting.

Five years ago in France, Antoine Griezmann was the Golden Boot hero with six goals from seven starts as Les Bleus finished runners-up to Portugal.

There was a six-player dead-heat in 2012 but two of those involved, Fernando Torres of Spain and Italy's Mario Balotelli, featured in the final.

Spain’s David Villa topped the scoring charts in 2008 as La Roja reigned supreme while Milan Baros was a shock winner in 2004 as the Czech Republic reached the last four.

This season’s domestic fixture pile-up means fatigue may be a factor, but it is important to focus on those representing a country with realistic trophy claims as well as boasting form in major competitions.

Here, we assess the chances of the ten leading contenders for the Euro 2020 Golden Boot.

Hopes are high for England after their run to the semi-finals of the 2018 World Cup, but their chances depend largely on the influence of Tottenham talisman Harry Kane.

The 27-year-old clinched the World Cup Golden Boot three years ago as he fired home six of their 12 tournament goals and greater creativity in the England midfield makes him a standout candidate again.

He is holding his form well domestically despite Tottenham's struggles and he is the Premier League’s leading marksman with 17 goals in 27 matches.

Kane is already sixth on England’s all-time leading scorer list with 33 goals from 52 caps and with the Three Lions housed in a soft section with Croatia, Scotland and Czech Republic, he is rightly favourite.

Things didn’t go to plan for Romelu Lukaku at Manchester United but a switch to the San Siro has sparked the Belgian into life.

Lukaku has netted 25 times in 32 appearances for Inter this season, helping them compile a six-point lead in Serie A.

The powerful forward is also making hay for Belgium, having grabbed 59 goals from 91 games, and is better now than ever before.

The 27-year-old managed two goals at Euro 2016, but doubled that tally at the World Cup in Russia two years later.

With super service provided from Manchester City’s assist king Kevin De Bruyne and confidence flowing, Lukaku, who has netted 36 goals in his last 31 internationals, is sure to figure prominently with Belgium expected to go deep. He looks a great betting proposition.

Cristiano Ronaldo has won every accolade going in world football and he is still among the  goals despite hitting 36 years of age.

Ronaldo has scored 102 goals in 172 international appearances, although it is worth noting that just 16 of those have come from 38 starts in major competition.

With 30 goals from 34 starts for Juventus this season - averaging one strike every 96 minutes - Ronaldo remains in good nick, but group games against France and Germany make it tough from the outset.

This Portugal squad looks even stronger than when they were crowned European champions in 2016, but that means greater competition for goals thanks to the presence of Manchester United’s Bruno Fernandes and Frankfurt’s Andre Silva. There is better value to be had.

Kylian Mbappe stole the show when France were crowned world champions in 2018 and he is widely regarded as the standard-bearer for football's next generation.

The 22-year-old has fired home 30 goals in 34 starts for PSG this season, but he has scored just 16 times in 41 caps for France. In fact, Mbappe has managed only six goals from his last 17 international appearances.

Mbappe is averaging a goal every 92 minutes in Paris this season, but he is far less dominant for his country with that number increasing to a goal every 177 minutes.

Only Kylian Mbappe has scored more goals than Memphis Depay in Ligue 1 this season and the Dutch will be hoping the lively Lyon forward can translate that form to the international scene.

But for one reason or another Depay is not scaling the same heights for his country and his 61 caps have yielded just 21 goals – an average of one every 213 minutes.

The 27-year-old has managed only two goals in his last ten international appearances and although a group featuring Ukraine, Austria and North Macedonia enhances his chances, there are more convincing profiles.

Antoine Griezmann scooped this prize in 2016 with six goals, finishing three clear of his nearest pursuers, as France finished runners-up to Portugal.

It has been a disappointing campaign for Griezmann at Barcelona, where he has scored just 14 times in 40 starts, but he thrives on the big occasion and is at his best for his country.

The 30-year-old has amassed ten goals in 19 appearances in major tournaments for France and he has bagged five goals in his last ten international starts.

Punters should expect better than he has shown this season and at 20-1, more than double the price of Mbappe, he could be considered.

Timo Werner moved to Chelsea from Leipzig last summer bringing a huge reputation, but he has taken time to adjust to life at Stamford Bridge, scoring just ten times in 39 starts.

Werner adopts a more central role for Germany, but a lack of confidence is a big burden to carry and he has hardly been prolific for his country, either.

The 25-year-old has registered 15 goals in 36 caps for Germany and failed to score in three appearances at the 2018 World Cup, despite racking up 266 minutes against Mexico, Sweden and South Korea.

He averages a goal every 285 minutes for Chelsea this term, so has a point to prove and it would take a great leap of faith to back him.

Being Spain’s number-one striker presents a big opportunity for Alvaro Morata, who has scored 19 goals in 38 caps as well as netting three times from four appearances at Euro 2016.

The 28-year-old is also enjoying a profitable campaign at Juventus with 16 goals in 34 matches, finding the net every 139.5 minutes on average.

A recent changing of the guard has seen Spain’s quality take a dip, but Morata is their focal point and their winning chances may depend on his goalscoring touch. He is an interesting contender and may represent each-way value.

Robert Lewandowski is the hottest striker in Europe at the moment, but it is a big ask for the prolific Pole to emulate his Bayern Munich achievements at Euro 2020.

Lewandowski has scored 42 goals in 36 games for Bayern this season, averaging a goal every 72 minutes.

However, he isn’t supplied with the same service at Poland, who aren’t certain to make the knockout stages, and that is highlighted by his far inferior goalscoring record.

The 32-year-old, who has 66 goals in 118 caps, has scored just twice in 11 appearances in major competition for Poland and he is priced up more on his heroics at club level.

Italy’s resurgence – they are on a 23-game unbeaten run – and a rich vein of goalscoring form at Lazio ensures Ciro Immobile figures prominently in the Golden Boot betting.

But while Immobile’s haul of 19 goals in 31 appearances for Lazio this season must be respected, there is little evidence to suggest he is capable of repeating those exploits for Azzurri.

The 31-year-old has managed only 11 goals in 44 caps for Italy, failing to score in any of his four starts in major competitions. He has plenty to prove on the big stage.