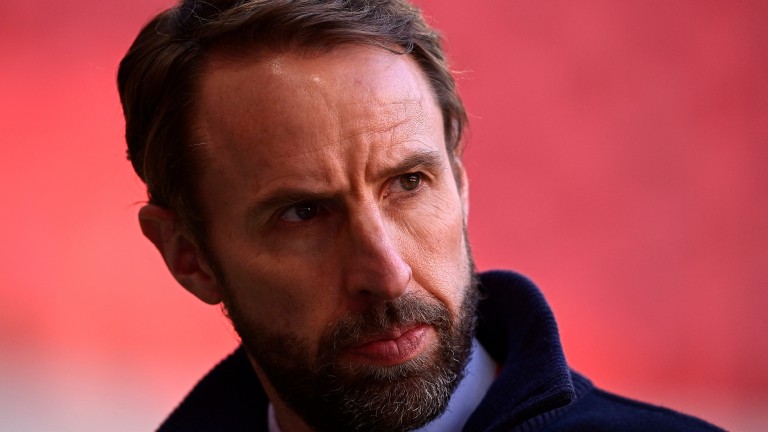 England manager Gareth Southgate believes giving himself longer to select his final 26-man squad for Euro 2020 would allow him to "make better decisions" after naming a provisional list of 33 players for next month's tournament.

Southgate has until June 1 to submit his final squad and with 12 of his 33 players involved in the Europa League and Champions League this week the manager reckons his situation "is more complicated than any other country" heading to the 24-team competition.

Uncapped quartet Ben White, Ben Godfrey, Sam Johnstone and Aaron Ramsdale are on the list, along with Trent Alexander-Arnold, who faces a desperate battle with Kyle Walker, Reece James and Kieran Tripper to make the final cut.

The inclusion of Brighton defender White and Everton's Godfrey was bad news for Eric Dier, a previous favourite of Southgate and scorer of a penalty in the 2018 World Cup last-16 success over Colombia. Southgate noted White's ability to play in midfield was a tick in his box.

James Maddison, Danny Ings and Patrick Bamford were the others along with Dier to be frustrated, while Nick Pope is ruled out through injury.

Injuries could be an issue for Southgate with Harry Maguire, Jordan Henderson and Kalvin Phillips not at 100 per cent which was another reason why Southgate wanted to make use of the extra time available before submitting the official list.

England are 5-1 joint-favourites alongside world champions France to win Euro 2020 and captain Harry Kane is 6-1 to be the top goalscorer in the summer with the Three Lions expected to encounter few problems in a group alongside Scotland, Czech Republic and Croatia.

Southgate's side are 2-5 for top spot and odds-on across the board to start with a victory over Croatia at Wembley on June 13.