Saturday's Serie A match previews, free tips & where to watch 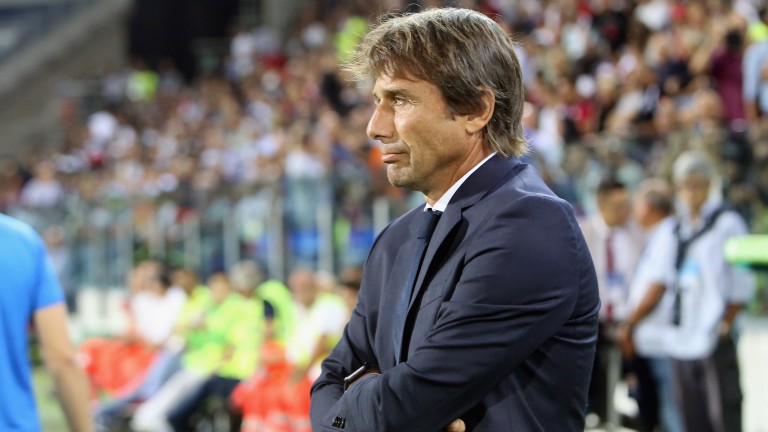 Inter to win & both teams to score
1pt 11-5 BoyleSports

Antonio Conte's goal at Inter will be to break the Juventus-Napoli duopoly in Serie A and they have made the perfect start with two wins from two.

Udinese started their campaign with victory over AC Milan but defensive deficiencies were magnified in a 3-1 defeat to Parma.

They still managed 23 shots in that game and Kevin Lasagna and company should help them breach Inter's back three but the hosts should have enough to seal maximum points.

Udinese won three of their 19 away games in Serie A last term.

Napoli have been involved in two topsy-turvy tussles to start the Serie A season but they should be in for a more comfortable 90 minutes at home to Sampdoria.

The lead-up to the game has been dominated by Carlo Ancelotti's rage against the local council in Naples for failing to complete the building work on the dressing rooms in good time for the new campaign.

Ancelotti's team look half-done as well. They are slick in the final third, beating Fiorentina 4-3 in Florence before losing by the same score away to Juventus. A calamitous injury-time own goal from Kalidou Koulibaly ruined all their hard work of coming back from three down to level against the champions.

The good news is that Koulibaly remains world class and should respond in the right way and his partnership with new partner Kostas Manolas is likely to improve once the initial teething problems have been ironed out.

Napoli are a joy to behold in the final third with Lorenzo Insigne, Dries Mertens and Hirving Lozano among the options and Samp could be overwhelmed from an early stage.

Samp have lost 3-0 to Lazio and 4-1 at Sassuolo in a nightmare start under new boss Eusebio Di Francesco.