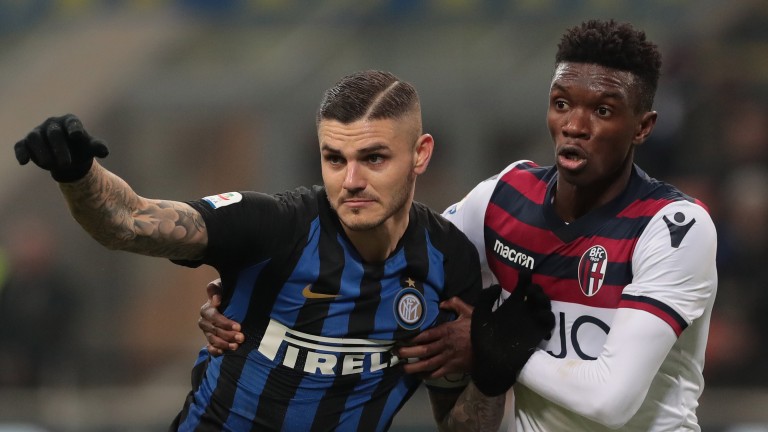 What's your best bet of the weekend?

Watford to beat Everton. There’s something of the law of the ex in this, with the Vicarage Road club and their fans keen to put one over Marco Silva after his messy departure last season, which followed Everton’s initial interest. For the Portuguese coach, this is the last match he’d want to face with his side in poor form and leaking goals from set-pieces, where Watford present a threat.

Inter at Parma. Even when they in a seemingly good place, firmly ensconced in Serie A’s top three, Inter have a nose for trouble, and successive league defeats to nil plus a Coppa Italia exit have put coach Luciano Spalletti in trouble. Promoted Parma snatched an unlikely point at Juventus last week, and the forward pairing of Gervinho and Roberto Inglese are a handful.

Where is the value in Man City v Chelsea on Sunday?

City to be winning at half-time and full-time. Pep Guardiola's team haven’t completely left behind the sketchy form that saw them concede the advantage to Liverpool in the title race, and they have looked vulnerable in patches of recent games, notably against Arsenal. However, Chelsea have a number of issues, especially on the road where they’ve lost their last two without scoring, and it’s hard to see that changing.

Who will lift the Champions League trophy?

Barcelona. With a six-point lead in La Liga, Barca can properly focus on the Champions League. The two-legged tie with Lyon should be well within their grasp, despite the French side giving City problems, and the determination at the club to improve on relatively poor showings since they last won the trophy in 2015 is abundantly clear. Ernesto Valverde has better options on the bench than some of his predecessors, too.

And what about the Europa League?

Napoli. They were the best team in their difficult Champions League group with Liverpool and Paris Saint-Germain for the first five games before it all slipped away at Anfield. But they have an extra layer of European nous with Carlo Ancelotti at the helm to add to the quality they have throughout the squad. Their performance in Paris in October underlined an increased appetite for the big occasion.

Porto to win at Roma. The Portuguese champions are having a great season, have been next to faultless in the Champions League and have got themselves a sweet draw. Roma are lacking leadership since the exits of Radja Nainggolan and Kevin Strootman and their fans are openly demonstrating their unhappiness with the players and the club. Even without forward Moussa Marega, Porto can get this done.