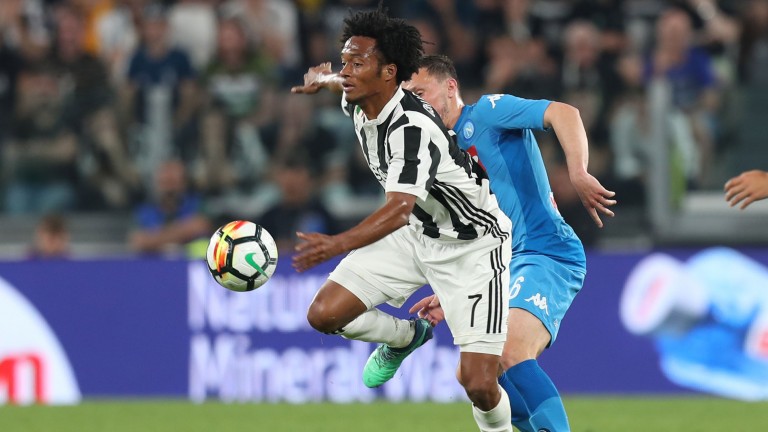 Juan Cuadrado of Juventus battles for the ball with Mario Rui of Napoli
Gabriele Maltinti
1 of 1
By Aaron Ashley 8:00PM, APR 27 2018

Inter have kept things tight against Serie A’s leading lights this season and another low-scoring affair looks on the cards when they host title-chasing Juventus.

Juve, who boast the league’s meanest defence, have kept clean sheets on trips to Milan, Napoli and Lazio this term and could be hard to break down as they hunt a seventh consecutive league title.

Recommendation
One or both teams not to score
2pts Evs Betfair, Paddy Power

Key stat
Both teams have scored in just one of Inter's last ten league matches.