Injury-ravaged Milan could be held 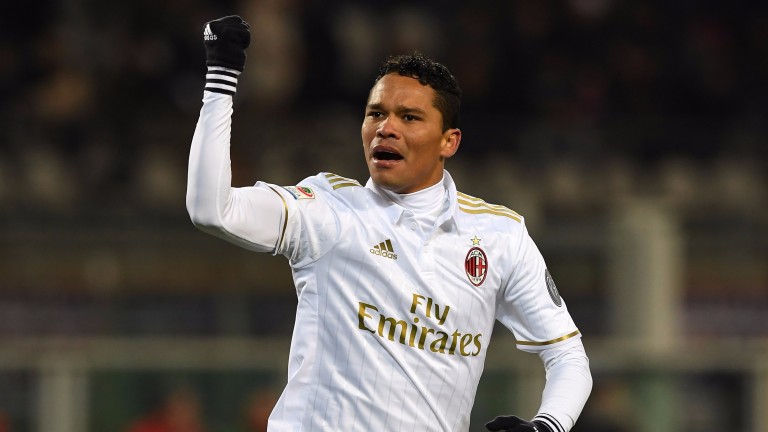 Bologna v Inter BT Sport 2, 11.30am
After being embarrassed by Napoli and nine-man Milan, Roberto Donadoni's men were desperately unlucky to lose at Sampdoria.

However, three defeats in a row have seen them tumble down Serie A and they are unlikely to get any sympathy from an Inter side who have won eight of their last nine in the league.

Chievo v Napoli BT Sport ESPN, 2pm
Napoli were beaten 3-1 on their trip to Real Madrid in the Champions League in midweek but the return to Serie A action against lesser opposition should spark an immediate return to winning ways.

The Light Blues have notched 27 times in 11 away league outings this term, while Chievo have shipped eight goals in their last four home games.

Roma v Torino BT Sport ESPN, 5pm
Roma made it four wins in a row on Thursday night with a stunning 4-0 triumph at Villarreal in the Europa League and now they seek to keep up the pressure on Juventus.

Torino are an unpredictable outfit, which could be due to coach Sinisa Mihajlovic's colourful character. Two of Serie A's hottest shots are in action and Edin Dzeko could have the last laugh over Andrea Belotti.

Milan v Fiorentina BT Sport 2, 7.45pm
Juraj Kucka and Gabriel Paletta return from bans for Milan, but injuries still blight the Rossoneri. Beating Bologna with nine men followed by a gutsy draw at Lazio has restored some belief at San Siro, though Fiorentina will take some beating.

Fiorentina have lost just two of their last ten – at Roma and Napoli – and Thursday's win at Monchengladbach was a classic road performance.